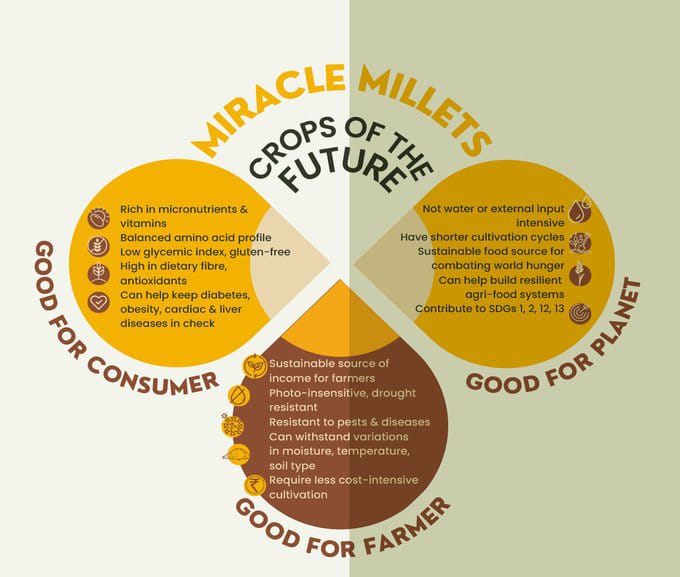 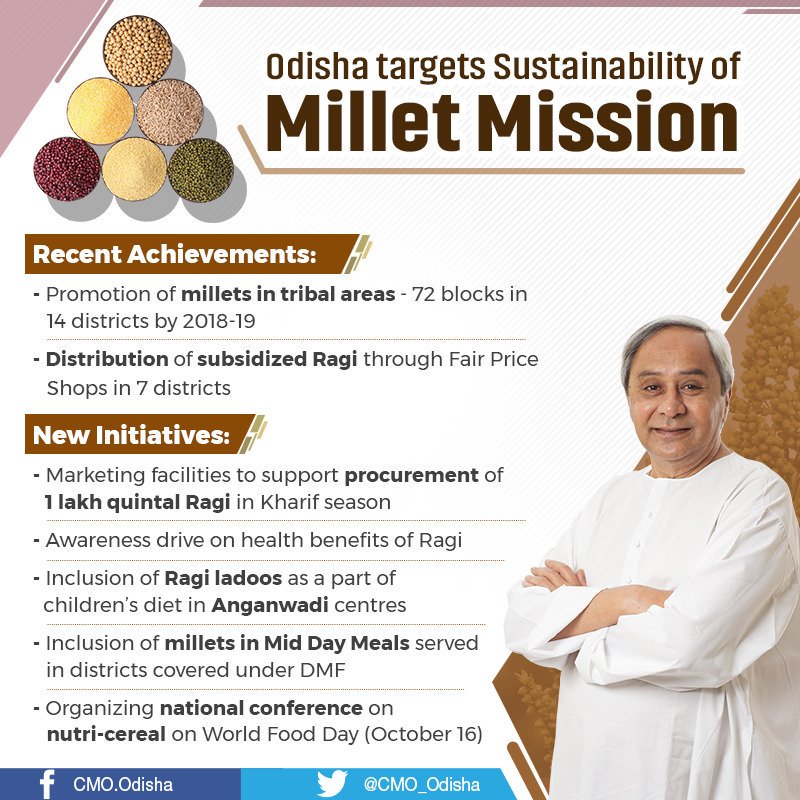 What is Odisha Millet mission (OMM) and its impact? 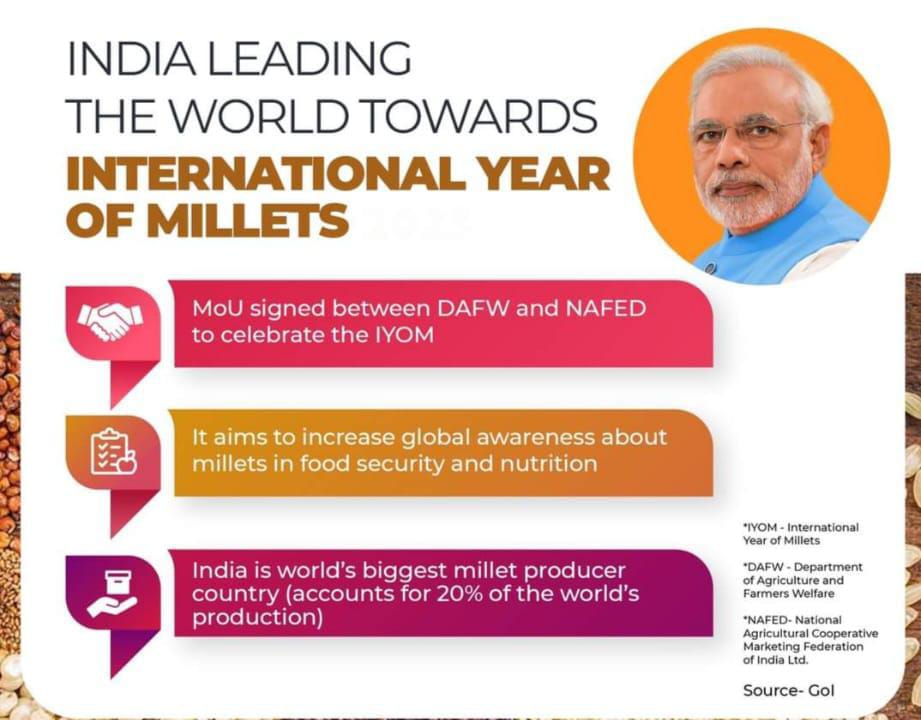 What are other government efforts to promote millet crops?

Q.why millets cultivation is suitable for geographic conditions of India? Analyse the various efforts by government to promote the millets.