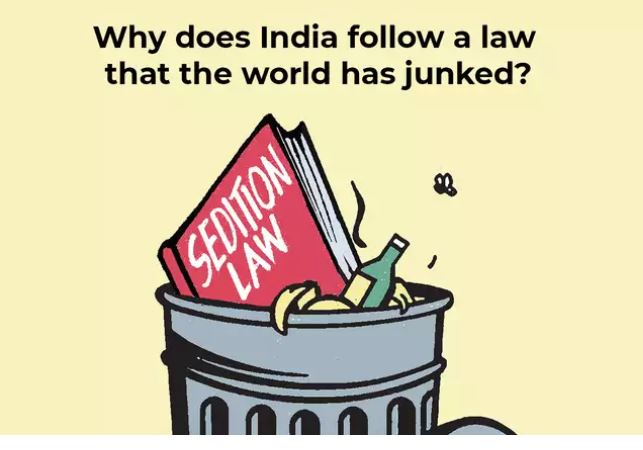 The Supreme Court suspended pending criminal trials and court proceedings under Section 124A (sedition) of the Indian Penal Code, while allowing the Union of India to reconsider the British-era law.

What did the SC say?

What is the Sedition Law?

Queen-Empress v. Bal Gangadhar Tilak (1897) was the first case in which Section 124A was defined and applied. Again in 1908, when Tilak was tried under same section, then young barrister and a staunch protagonist Mohammed Ali Jinnah defended Tilak.

An offence committed when “any person by words, either spoken or written, or by signs, or by visible representation, or otherwise, brings or attempts to bring into hatred or contempt, or excites or attempts to excite disaffection towards the government established by law in India”.

Sedition as a cognizable offense

Is it constitutionally valid?

Why the controversy now? 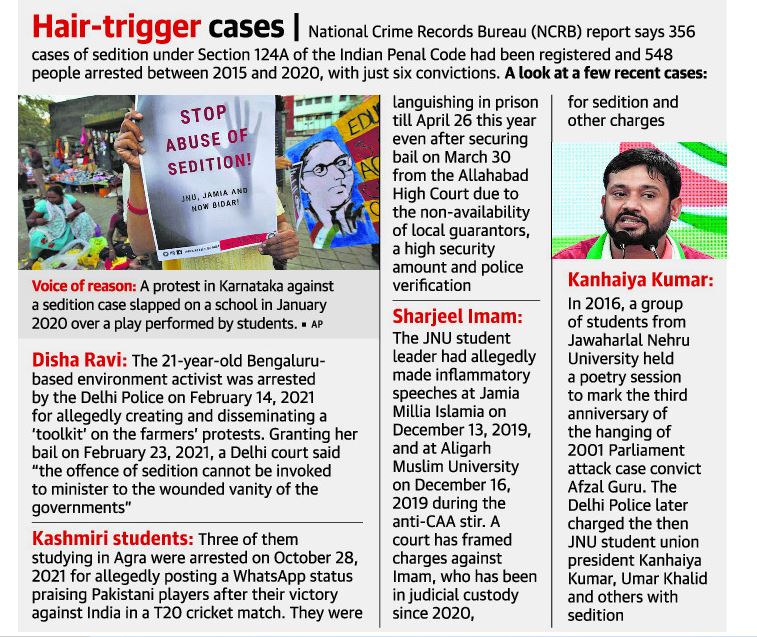 What is being debated about it?

Need for such law