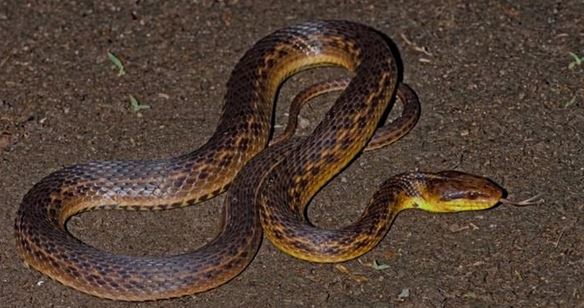 More than a century after it was first seen, the Assam keelback — a snake species endemic to the region — was rediscovered in 2018 at the Poba Reserve Forest (RF) by a team from Wildlife Institute of India (WII).

Q.In which one of the following State Pakhui Wildlife Sanctuary is located?

Is the snake under threat?