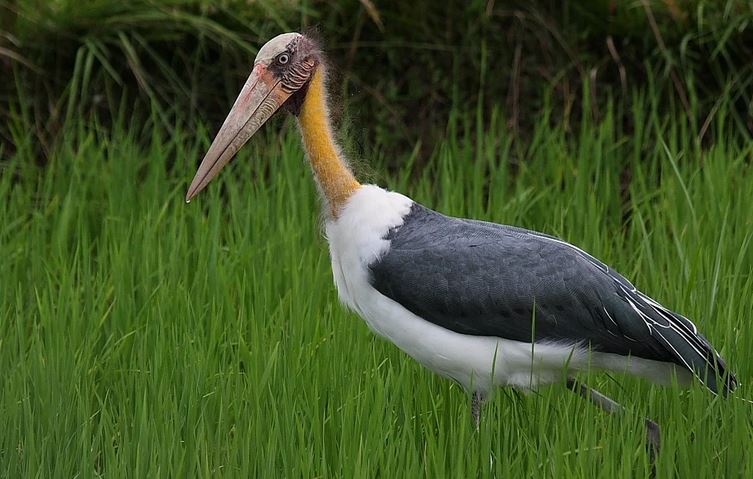 In a first, Bihar has decided to tag endangered greater adjutant storks (Leptoptilos dubius), locally known as ‘Garuda’, with GPS trackers to monitor their movement as a part of their conservation.

Q.If you walk through the countryside, you are likely to see some birds stalking alongside the cattle to seize the insects, disturbed by their movement through grasses. Which of the following is/are such bird/ birds?