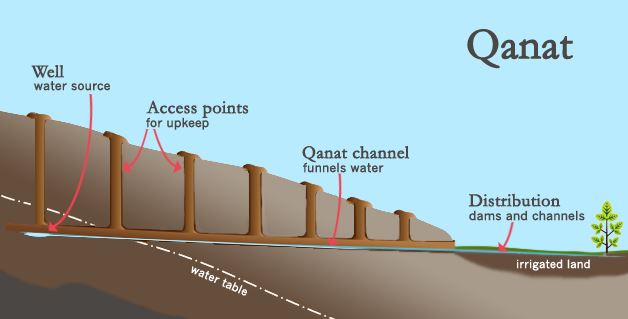 The Taliban are set to seize Kabul, but some expert believes they will spare the age-old Karez system of underground aqueducts in the country given its importance.

What is a Qanat / Karez?

With reference to the economic history of medieval India, the term Araghatta’ refers to:

(b) land grants made to military officers

(c) waterwheel used in the irrigation of land