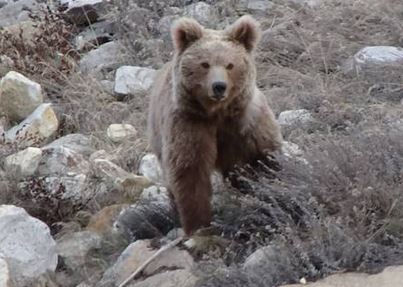 A recent study has predicted massive habitat decline for the Himalayan brown bear (Ursus arctos isabellinus) by 2050 due to climate change.

Q. The Himalayan Range is very rich in species diversity. Which one among the following is the most appropriate reason for this phenomenon?

(a) It has a high rainfall that supports luxuriant vegetative growth.

(b) It is a confluence of different bio-geographical zones.

(d) It has less human interference.

What did the study say?