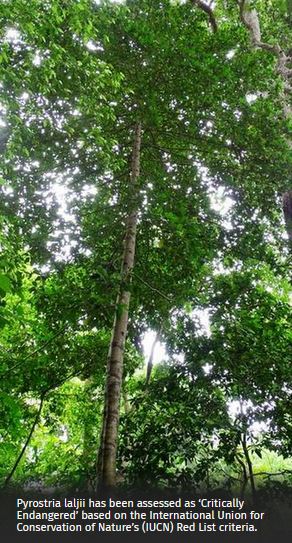 A 15-meter-tall tree that belongs to the genus of the coffee family has recently been discovered from the Andaman Islands by a team of researchers from India and the Philippines.

Q.Recently, our scientists have discovered a new and distinct species of banana plant which attains a height of about 11 metres and has orange-coloured fruit pulp. In which part of India has it been discovered?