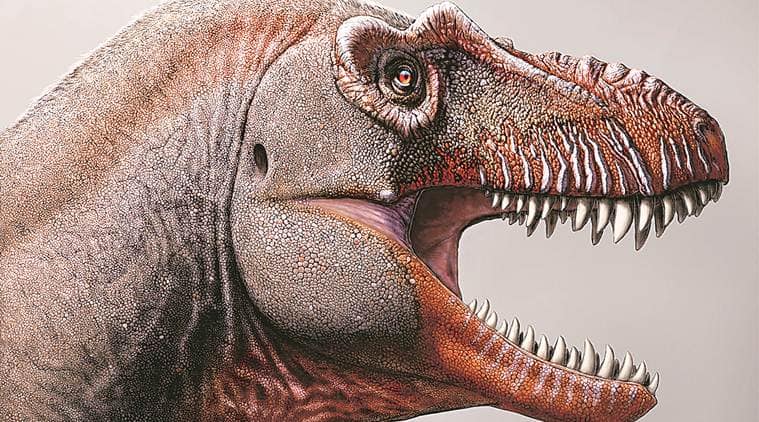 Scientists have found that a dinosaur fossil, found in Alberta in Canada in 2010, belongs to a new species of tyrannosaur. They have named it Thanatotheristes, which means “reaper of death”.