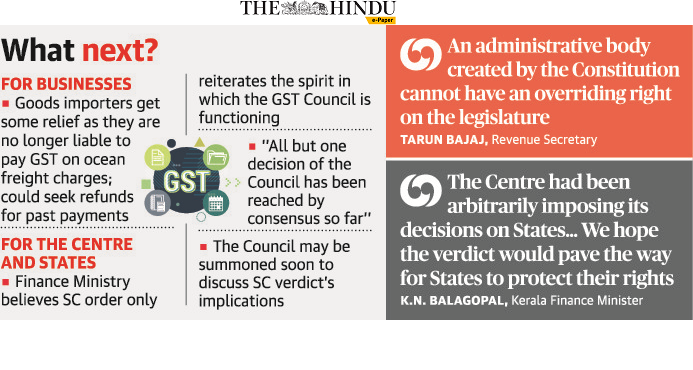 The Supreme Court has held that Union and State legislatures have equal, simultaneous and unique powers to make laws on Goods and Services Tax (GST) and the recommendations of the GST Council are not binding on them.

What is the case?

Key takeaways of the Judgment

Basis of the Judgment

What are the articles added/modified to the Constitution by the GST Act?

(2) Article 269A: Levy and Collection of GST for Inter-State Supply

Article 366 was an existing article amended to include the following definitions:

How is the GST Council structured?