A new study highlighting the impact of China’s dams on the Mekong River has raised fresh questions on whether dams being built on other rivers that originate in China, such as the Brahmaputra, may similarly impact countries downstream.

Make a note of:

China’s dams on the Mekong River 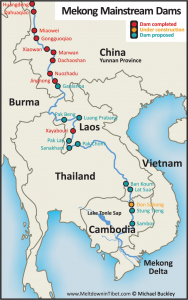