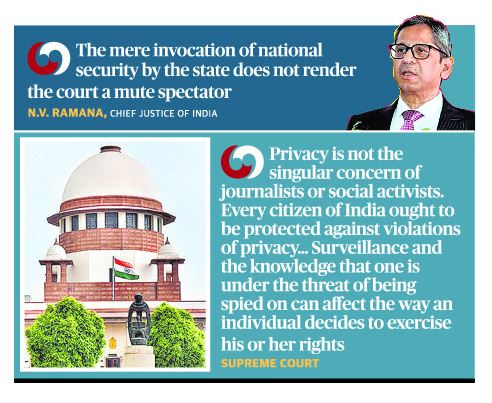 The Supreme Court has appointed an independent expert technical committee overseen by a former apex court judge, Justice R.V. Raveendran, to examine allegations that the government used Israeli spyware, Pegasus, to snoop on its own citizens.

Why need a committee?

Functions of the committee: 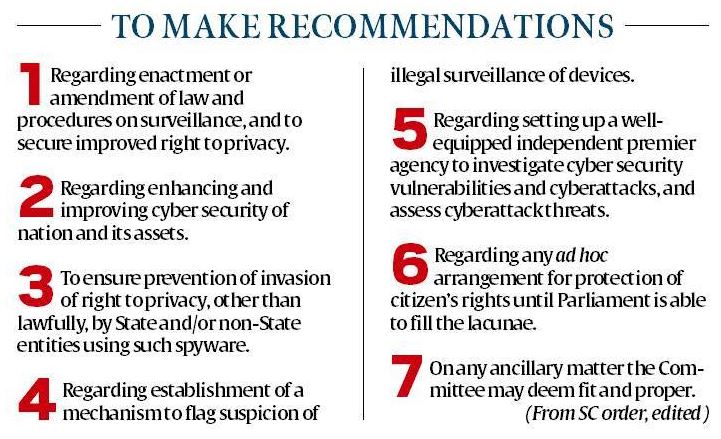 What did the SC rule?

(Article 13: declares that any law which contravenes any of the provisions of the part of Funda­mental Rights shall be void.

Articles 32 and 226 entrusts the roles of the protector and guarantor of fundamental rights to the Supreme and High Courts.)

[B] Linking surveillance and censorship

Significance of the Judgement