Mains level : Red Fort and its symbolic significance for the nation 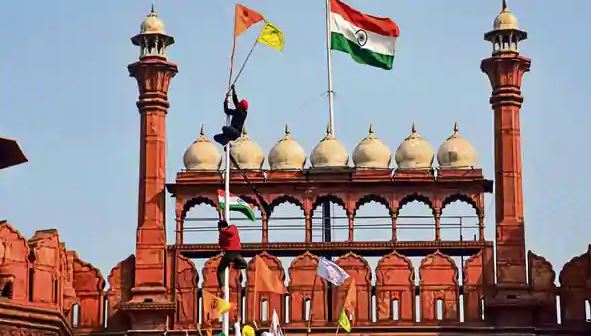 Newsfeeds on Republic Day were dominated by scenes of protests on the ramparts of the Red Fort.

Mob stormed and vandalized the national flag and the mast of Red Fort in guise of peaceful farmers protest! What did this act signify?

To unravel some of these strands of meaning, one must go back in history, to a time centuries before the Red Fort was even constructed.

The History of Capital

Seat of the Mughal power

A takeover by the East India Company

Symbol of the nation, now