According to UNCTAD’s Technology and Innovation Report 2021, India is the greatest outperformer among developing countries to use, adopt and adapt frontier technologies than their per capita GDPs.

Q.What do you mean by Frontier technologies? Discuss their potential for path-breaking technological change that will profoundly affect markets and societies. (250W)

What are Frontier technologies? 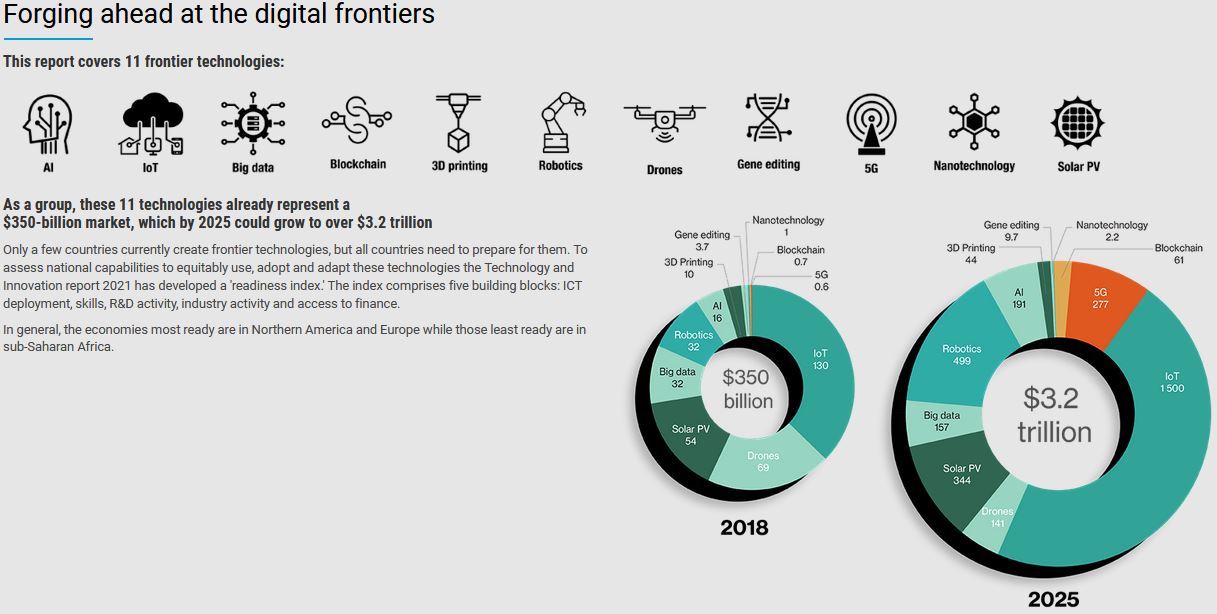 Major takeaways of the report

The report urges all developing nations to prepare for a period of deep and rapid technological change that will profoundly affect markets and societies.