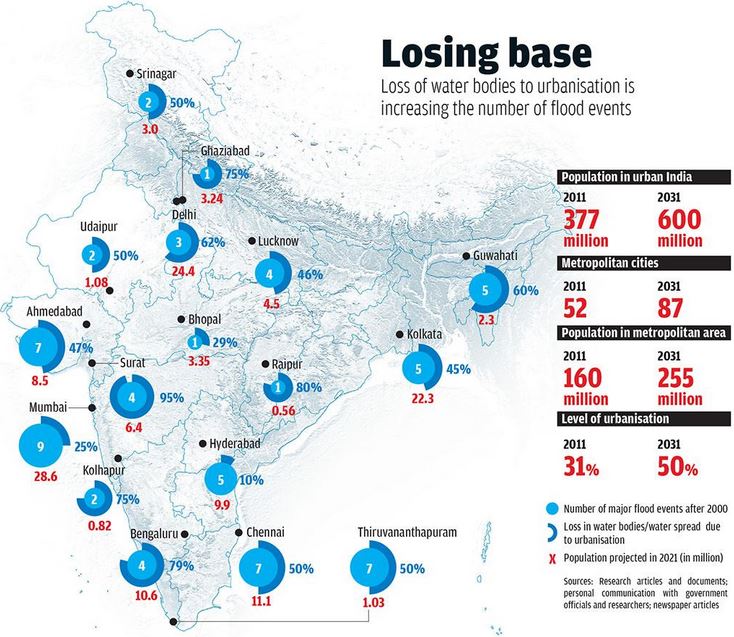 This newscard is an excerpt from the original article published in the D2E.

Q.Shrinking water bodies and floods in urban landscapes are mutually induced by each other. Analyse.