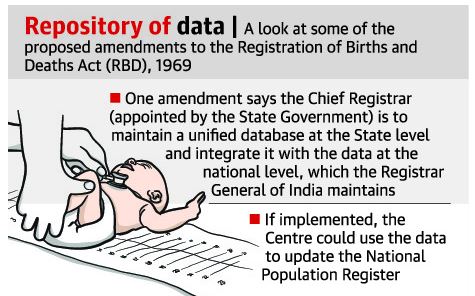 The Centre has proposed amendments to a 1969 law that will enable it to “maintain the database of registered birth and deaths at the national level”.

What are the proposed amendments?

Significance of the database