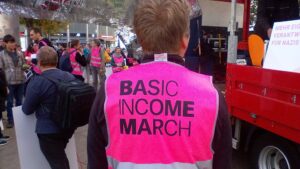 What is social protection? 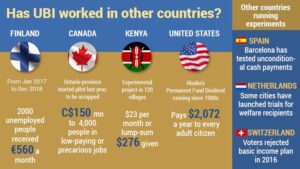 What is social security?

What is insurance simple words?

India operates the widest spectrum of social security schemes which cater to the largest number of people than any other country.

What are the benefits of Universal Basic Income?

Namibia had a basic income pilot program between 2008 and 2009. Every resident of Otjivero-Omitara was entitled to 100 Namibian dollars ($6.75) every month. The program was funded by donors from around the world.

Findings from the pilot program showed that cases of child malnutrition had dropped significantly while school enrollment went up. Also, social crimes such as theft had significantly dropped. 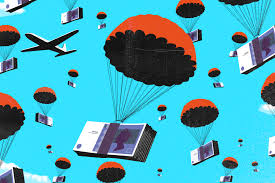 Q. India operates the widest spectrum of social security schemes which cater to the largest number of people than any other country. Do you think they are enough? Discuss in context of rising demand for universal basic income and its pros and cons for ensuring social security.