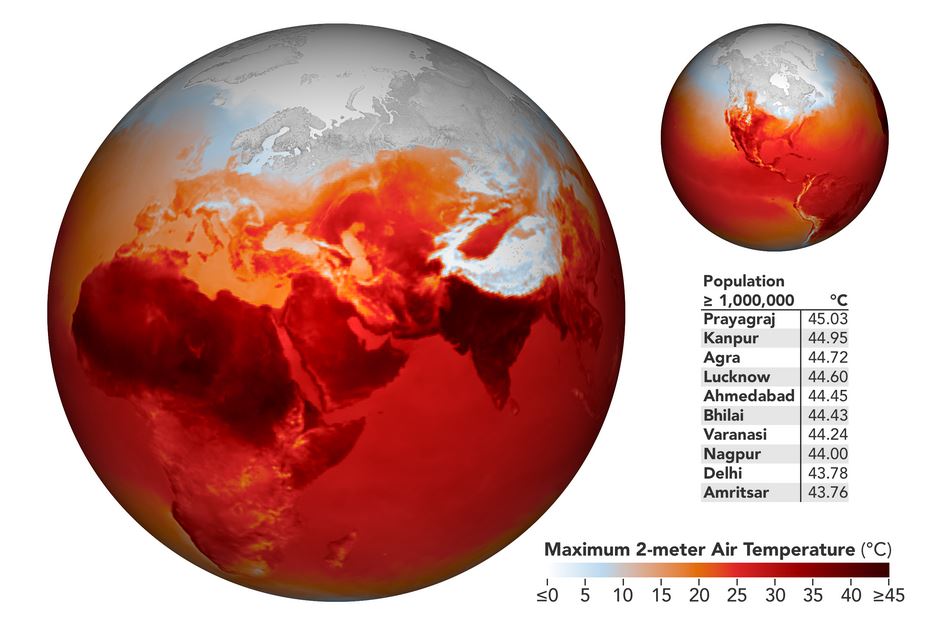 India is gripped in the wrath of a long spell of heatwaves that too in the early month of April.

What is a Heatwave and when is it declared?

How are they formed? 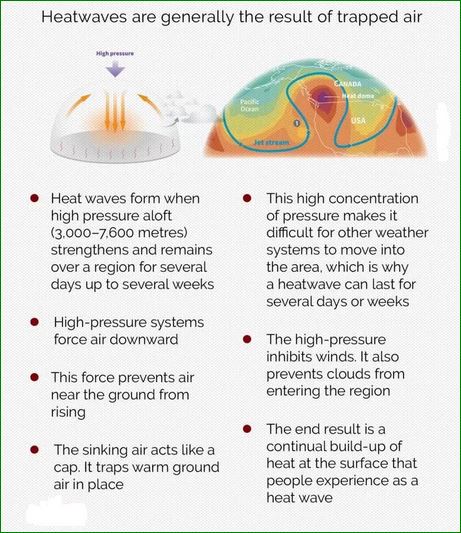 Older people and people with chronic illness such as heart disease, respiratory disease, and diabetes are more susceptible to heatstroke, as the body’s ability to regulate heat deteriorates with age.

Risk of Wildfires: The heat domes act as fuel to wildfires, which destroys a lot of land area every year in countries like the US.

Prevents Cloud Formation: The condition also prevents clouds from forming, allowing for more radiation from the sun to hit the ground.

Effect on Vegetation: The trapping of heat can also damage crops, dry out vegetation and result in droughts.

Avoiding heat-related disasters depends on the resilience of the electrical grid, which can fail if electricity demand due to air conditioning use exceeds supply.

As a result, there is the double risk of infrastructure failure and health impacts.