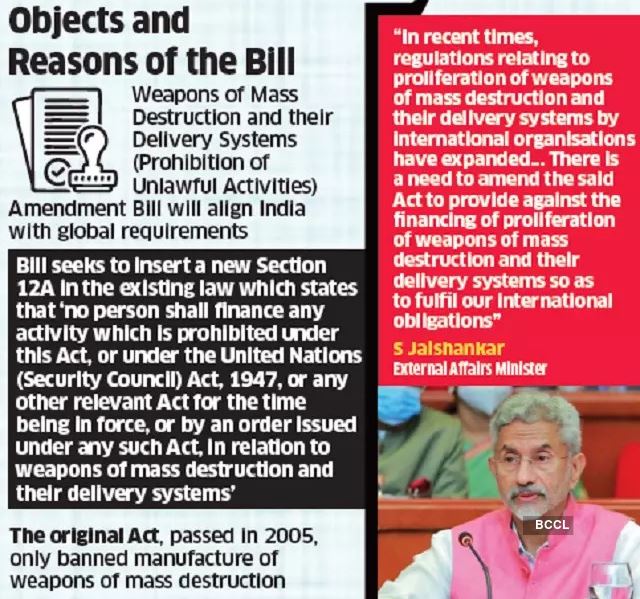 The Weapons of Mass Destruction and their Delivery Systems (Prohibition of Unlawful Activities) Amendment Bill, 2022 has been unanimously passed in Lok Sabha.

Need for the Bill

What are NBC weapons?

Control over use of WMDs