With the approaching winter, minimum temperatures in the national capital have trended downward over the last due to the arrival of northwesterly winds called Western Disturbances. 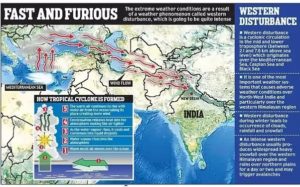