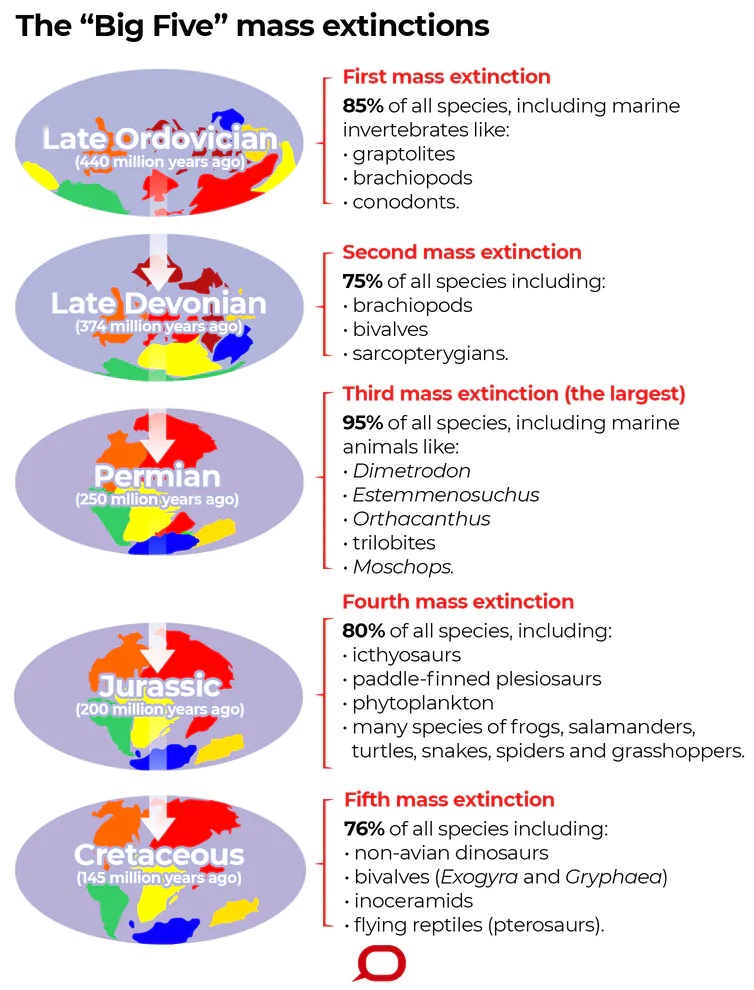 What is Mass Extinction?

How many mass extinctions have there been?

Five great mass extinctions have changed the face of life on Earth. We know what caused some of them, but others remain a mystery:

What caused first ME?

The term “sixth mass extinction/sixth extinction” is often mentioned in the news in the context of the discussion of:

(a) Widespread monoculture Practices agriculture and large-scale commercial farming with indiscriminate use of chemicals in many parts of the world that may result in the loss of good native ecosystems.

(b) Fears of a possible collision of a meteorite with the Earth in the near future in the manner it happened 65million years ago that caused the mass extinction of many species including those of dinosaurs.