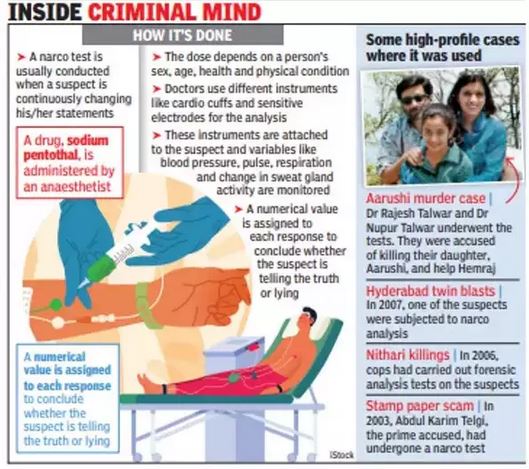 A court in Saket, New Delhi, has allowed Delhi Police to conduct a narco test on a psychopath accused of raping and killing his live-in partner.

What is a Narco Test?

History of its use

Reasons to use such tests

Restrictions on these tests

Can the results of these tests be considered as “confessions”?