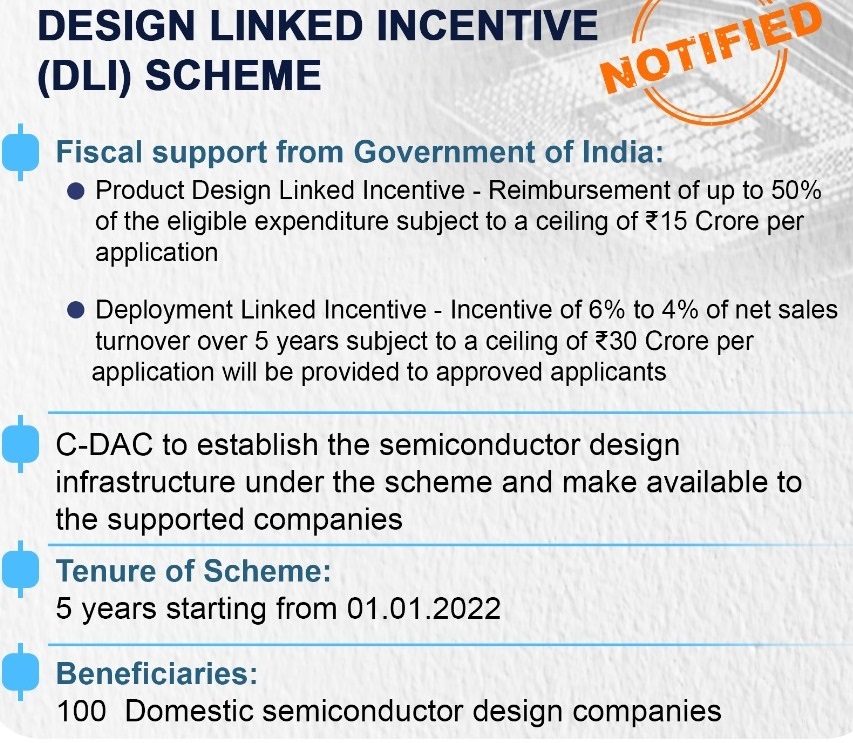 India has invited applications from 100 domestic companies, startups, and small and medium enterprises to become a part of the design-linked incentive (DLI) scheme.

What is the DLI scheme?

Components of the scheme

It has three components which are

Why need such a scheme?

A boost to semiconductor manufacturing

What are other countries doing to be dominant in the race of chip-making?

I believe this is the right decision. After all, design is a very important component of success for promoting any product or business. Therefore, it is very important to do everything right. That’s why I use the services of a company that provides assistance in presentation makeover which allows me to get a quality design and attract more investors and clients.