Mains level : Effectiveness of the nationwide lockdown and its shortcomings 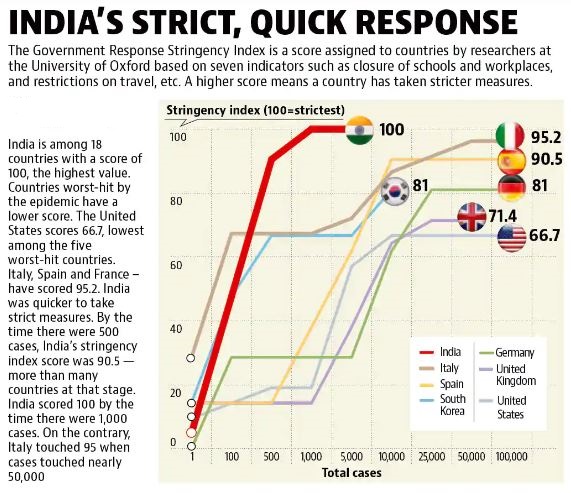 India enforced one of the strongest lockdowns at an early phase of case growth. Now, an index created by the University of Oxford quantifies that.

The Stringency Index provides a computable parameter to evaluate the effectiveness of the nationwide lockdown in India.

What is Stringency Index?

What does the Stringency Index tell us?

How does India compare with others?