Mains level : Turmoil in Afghanistan with US exit 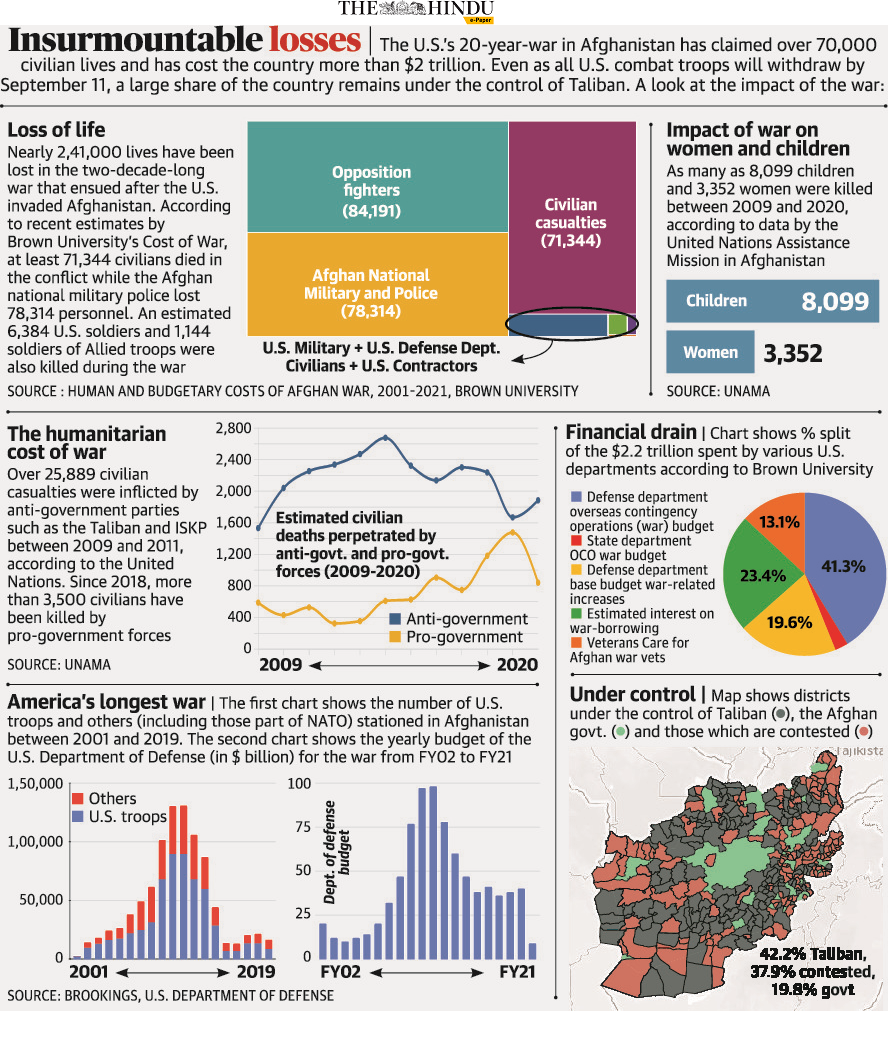 The US troops are departing away after coordinating the 20-year-long war in Afghanistan, effectively ending their military operations in the country.

Why did the US invade Afghanistan?

Terror then gets safe heaven

Why is the US pulling back?

Again in the spotlight

Why is India reaching out to the Taliban?

Is the Afghanistan government doomed?

Taliban is pacing its action

Any nation planning to deal with Afghanistan should be prepared for all three scenarios.