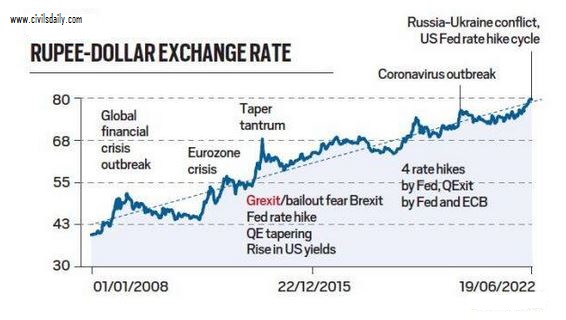 The Indian rupee breached the psychologically significant exchange rate level of 80 to a US dollar in early trade.

What is the rupee exchange rate?

How bad is it for the rupee?

Rupee’s exchange rate against the dollar

Is it a cause of worry?

Can we be comfortable with this free-fall? 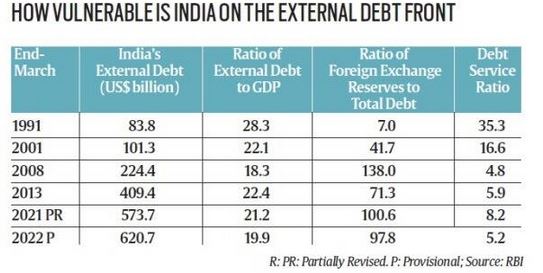 Why are the rupee-dollar exchange rate and forex reserves falling?

How did BoP come to the picture?

What may happen ahead?

(1) Huge BoP surplus would lead to the rupee appreciating

(2) RBI swoops in and removes all the surplus dollars

What will be the effect on the economy?

Should policymakers prevent the fall?

What should policymakers do?