Rating agencies influence the decisions of investors. So, when any economy is downgraded by them, it’s certainly a cause for concern. But to restart the economic engines, governments need to spend more by borrowing. This article suggests the way to achieve both: avoiding downgrade and increasing spending. How? Read to know…

To worry or not to worry: Issue of downgrading by rating agencies

Here is why we should be worried about a downgrade

So, what is the way out? Try for an upgrade!

What monetisation of debt mean?

But expansion of money supply leads to inflation, what about that?

No difference in borrowing from banks or RBI directly:MMT

So why the shrill clamour against monetisation of public debt?

Consider the question “Examine the issues involved in the direct monetisation of the debt by the government to fund the spending in  the wake of covid pandemic.”

The rating agencies should be worrying not about monetisation per se but about its impact on inflation. As long as inflation is kept under control, they should not have concerns — and we need not lose sleep over a possible downgrade. 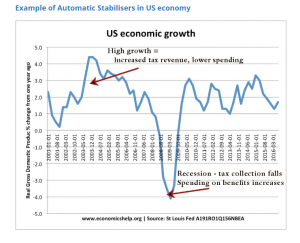