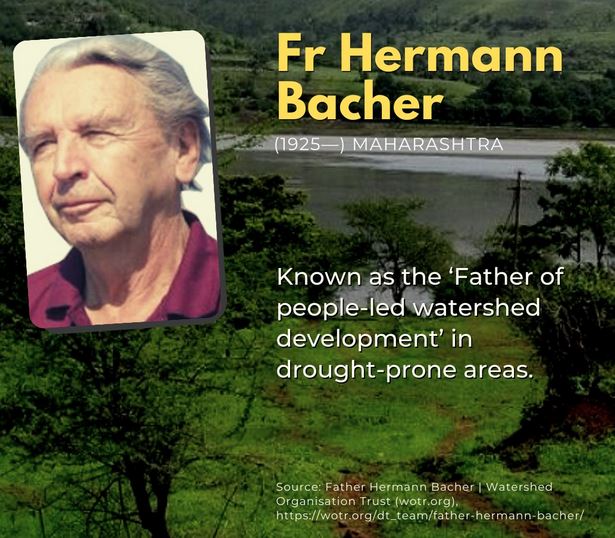 Hermann Bacher, popularly known as the ‘father of community-led watershed development in India’, passed away at the ripe old age of 97 years in Switzerland September 14, 2021.