Mains level : Debate over suitablity of women in combat roles of Indian Army

The Ministry of Defence (MoD) has issued the formal Government Sanction Letter for grant of Permanent Commission (PC) to women officers in the Army.

Q.“Concern for equality of sexes or political expediency should not influence defence policies.” Discuss on lines with the debate over the induction of women in the armed forces.

Why such an order?

Women in Army: Background of the case 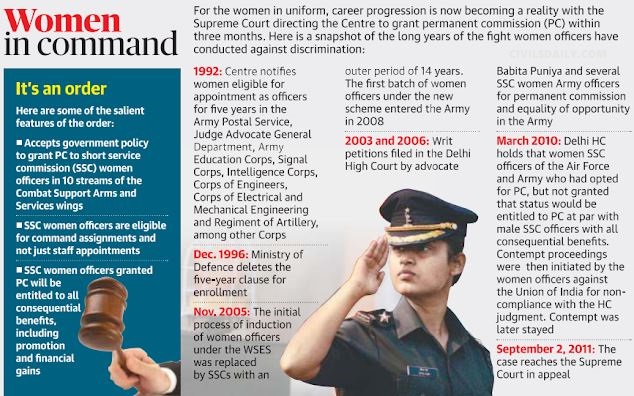 Arguments by the Govt

Implications of the judgement