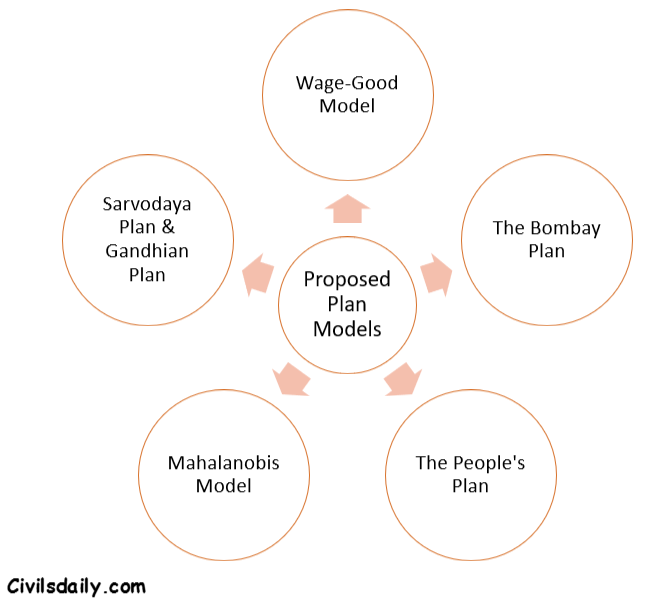 It was drafted by Jaiprakash Narayan. The plan was mainly inspired by the Gandhian Plan provided by S N Agarwal & the Idea of Sarvodaya presented by another Gandhian leader Vinoba Bhave.

The sarvodaya plan put forward and emphasized the importance of agriculture and village industries especially small-scale textile & cottage industries in the process of economic development. The plan also recommended the Luddite approach and was pessimistic towards the usage of foreign technology.

The most important and well acclaimed part of the plan was its emphasis upon land reforms and decentralized participatory people planning.

The People’s Plan was Authored by M N Roy and drafted by the Post- War Re-Construction Committee of the Indian Federation of Labour.

The object of the Plan is to provide for the satisfaction of the immediate basic needs of the Indian people within a period of ten years. This objective is to be achieved by expanding production and by ensuring an equitable distribution of the goods produced. Therefore, the Plan prescribes increased production in every sphere of economic activity. But its main emphasis is on agricultural development, since its authors believe that the purchasing power of the people cannot be raised unless agriculture, which is the biggest occupation in the country, becomes a paying proposition.

Agriculture, it is argued, forms the foundation of a planned economy for India. Apart from the nationalization of land and the compulsory scaling down of rural indebtedness, the Plan formulates two schemes for increasing agricultural production: (a) extension of the area under cultivation and (b) intensification of cultivation in the area which is already under cultivation.

In the field of industry, the People’s Plan gives priority to the manufacture of consumer goods. It is argued that as a large volume of demand for essential good for the community remains perpetually unsatisfied, the goal of planned economy in industry must be to satisfy it first.

The People’s Plan attaches great importance to railways, roads and shipping in a planned economy. Therefore, it recommends the rapid development of the means of communication and transport to cope with the increased movement of goods and traffic between town arid country.

The three main aspects of the strategy of development in the earlier phase of planning was: 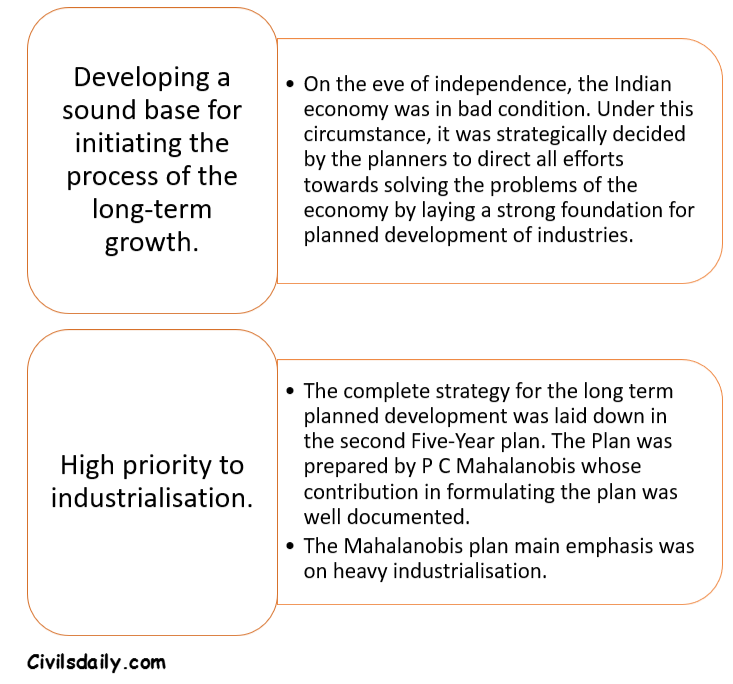 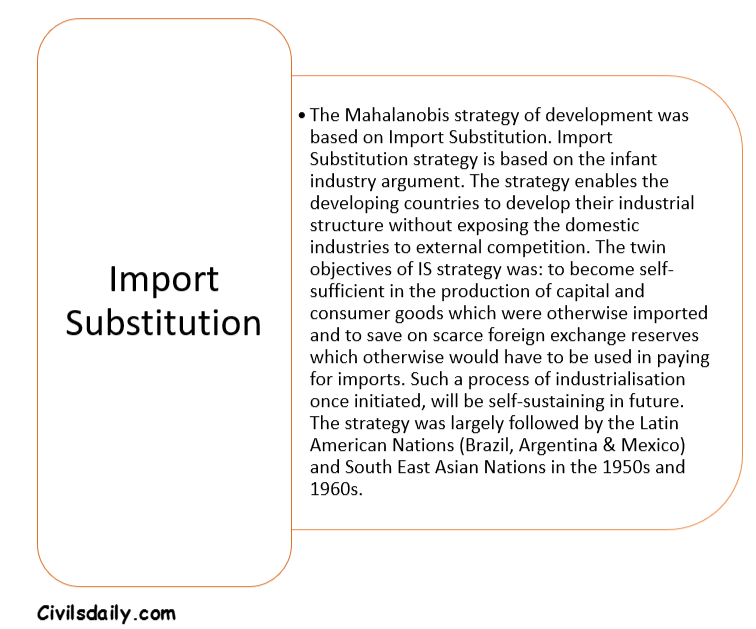 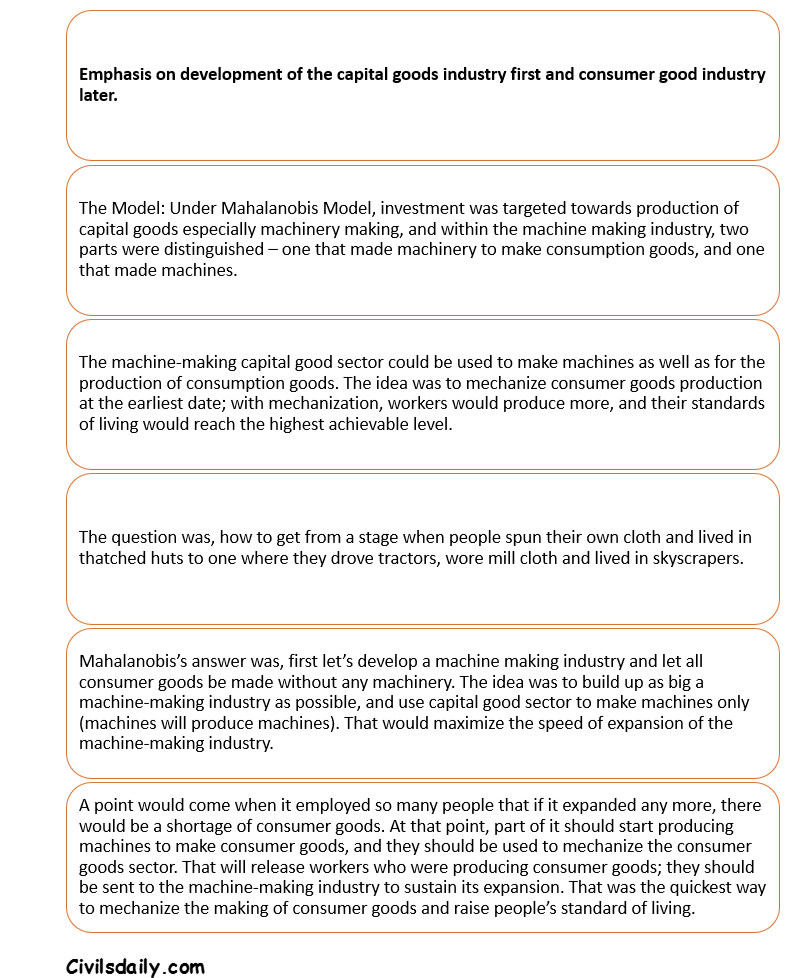 The Critique of Mahalanobis Mobel:

Prominent Economist like, C N Vakil and P R Brahmananda advocated Wage Good model for the development of the Indian economy and Industrialisation. Vakil and Brahamanda differed from the Mahalanobis strategy as they believe “At the low level of consumption (this was the situation in India) the productivity of the workers depends on how much they consumed.

To sum up, Wage Good model says; worker’s productivity depends on not on whether they use machines to produce goods but also on the consumption of wage goods like, food, cloth and other basics. Therefore, the first step towards development is to mechanize agriculture and raise food production; once this objective is reached, one should go for Mahalanobis strategy of Heavy Industrialisation.

Anyway, Vakil and Bharmananda strategies were ignored and India launched heavy Industrialisation in the Second plan without mechanising agriculture. The result was failure of Mahalanobis Strategy and by 1965-66 India was hit by a severe food shortage crisis. Finally, in the wake of the crisis, the government adopted Bharamananda strategy of mechanizing agriculture sector and engineered green revolution.

This is a very detailed information on the Various Development Plans of India.
Put forward very well.
Thank you so much to Himanshu Sir and Team Civilsdaily