Need for such a project: 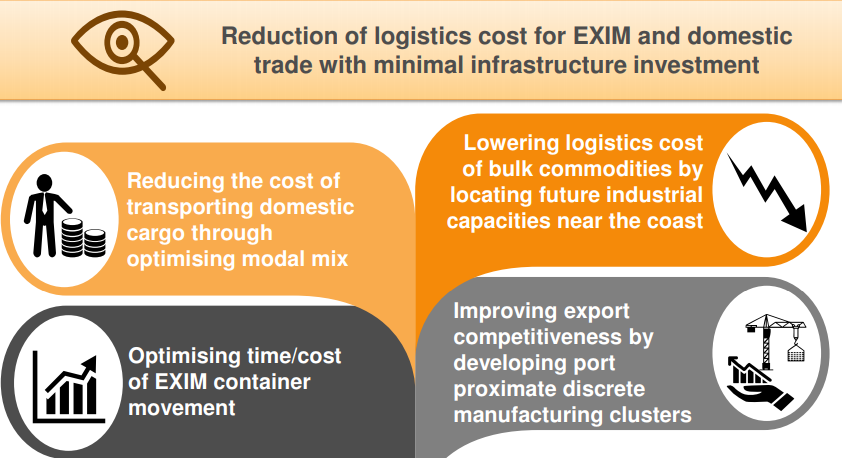 Impact of sagarmala by 2025 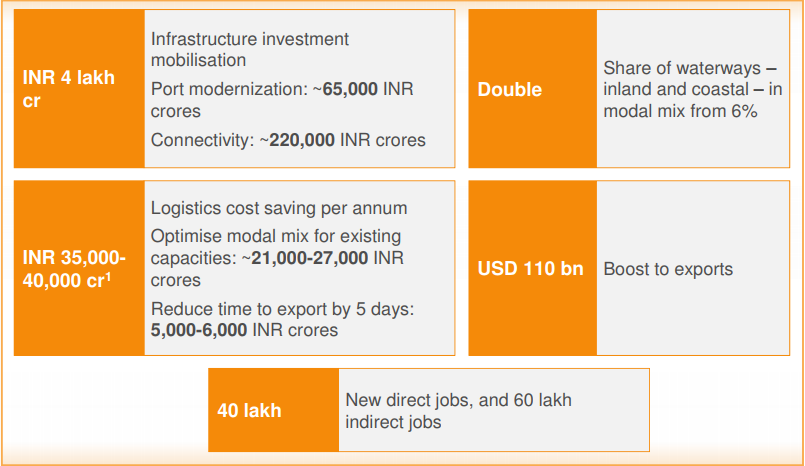 Other advantages of SAGARMALA:

Recommendations to further enhancement of this project:

Indian ports now need to plan with a 15-20 year perspective. We are far behind other Asian countries, be it China or a tiny state like Singapore. Emerging innovative port models like Landlord Port development, Coastal Economic Zones are steps in right direction. So it is imperative to have well developed ports to boost our exports, play a vital role in maritime security and to realise broader developmental goals.

Q.) Enumerate challenges and prospectus of Sagarmala project in India.

Q.) What do you mean by Port led development? What are the key objectives and vision of  Sagarmala Project? Its impact on trade,employement?