The Union Minister for Finance & Corporate Affairs, Smt. Nirmala Sitharaman presented the Economic Survey 2019-20 in the Parliament today. The Key Highlights of the Survey are as follows:

Wealth Creation: The Invisible Hand Supported by the Hand of Trust

How can this be done?

Strengthening the invisible hand by promoting pro-business policies to:

Entrepreneurship at the Grassroots

Impact of education on entrepreneurship The onus of supporting the economy falls on the PSBs accounting for 70 % of the market share in Indian banking: 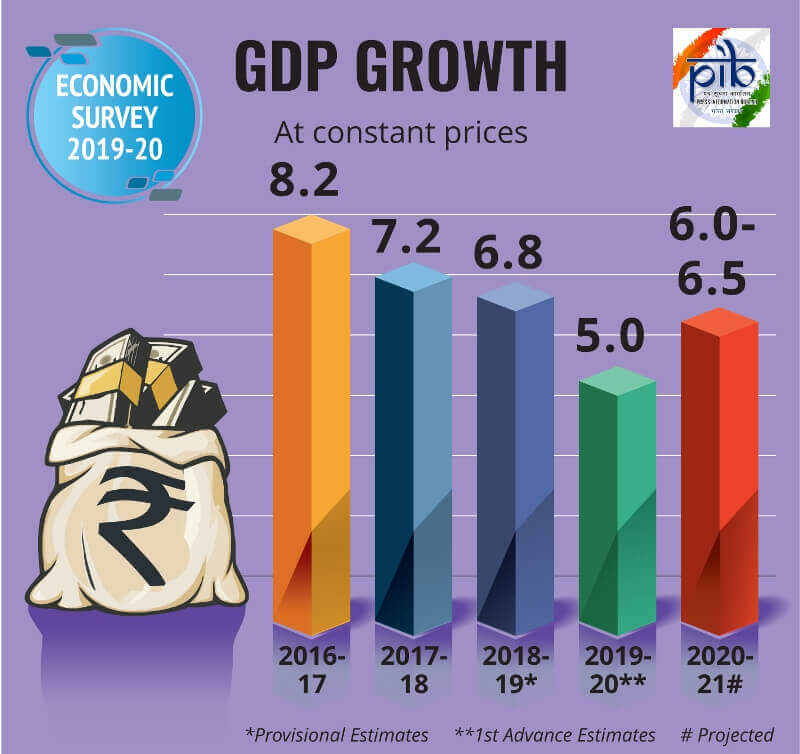 The volatility of Prices: 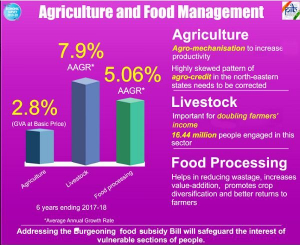 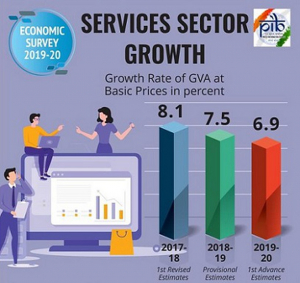 The increasing significance of services sector in the Indian economy: