The PDS is a part of India’s Agriculture Price Policy. The Agriculture price policy in India has a twin objective of supporting farmers at the time of bumper harvest (when the price falls due to excess production) and supporting poor consumers from price rise by providing them cheap foodgrains through a network of fair price shops (Ration Shops) at a subsidised price.

The original aim of the PDS was to stabilise prices and remove fluctuations from the foodgrains market. But, later on, PDS has assumed the role of an important and most significant anti-poverty programme of the government.

The Cost of Running PDS

The cost of operation of the PDS consists of two major components:

Why PDS was Needed? 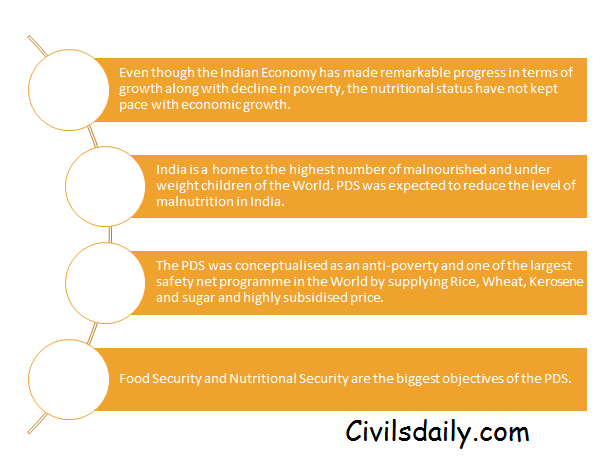 Why the Penetration of PDS is weak, and PDS has failed to Provide food security to Poor? 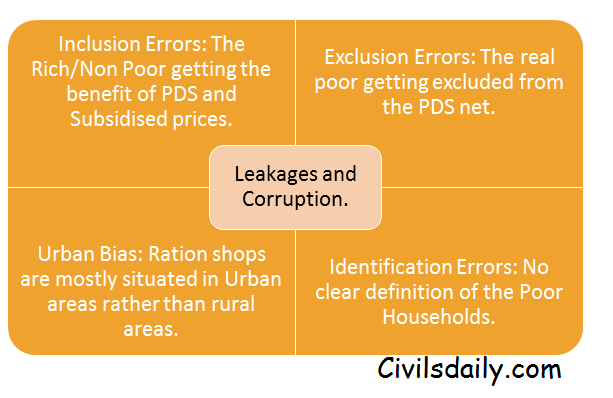 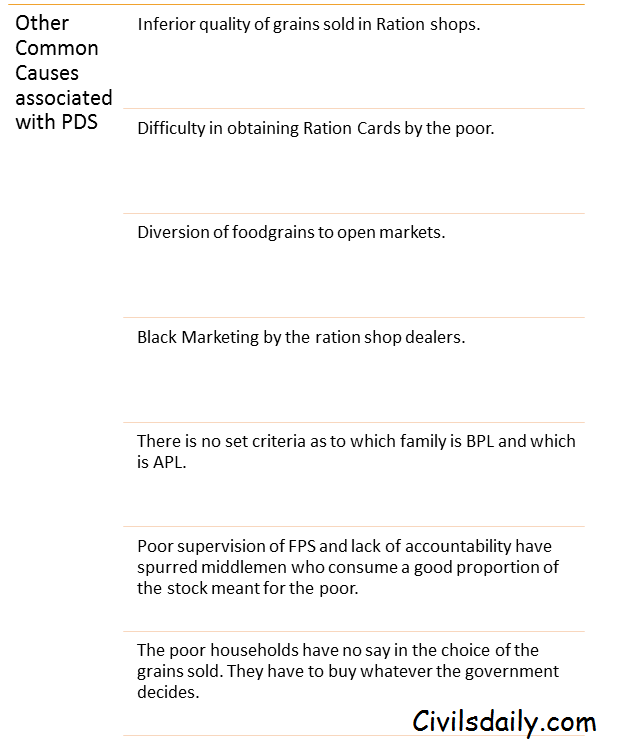 The Timeline of the PDS in India 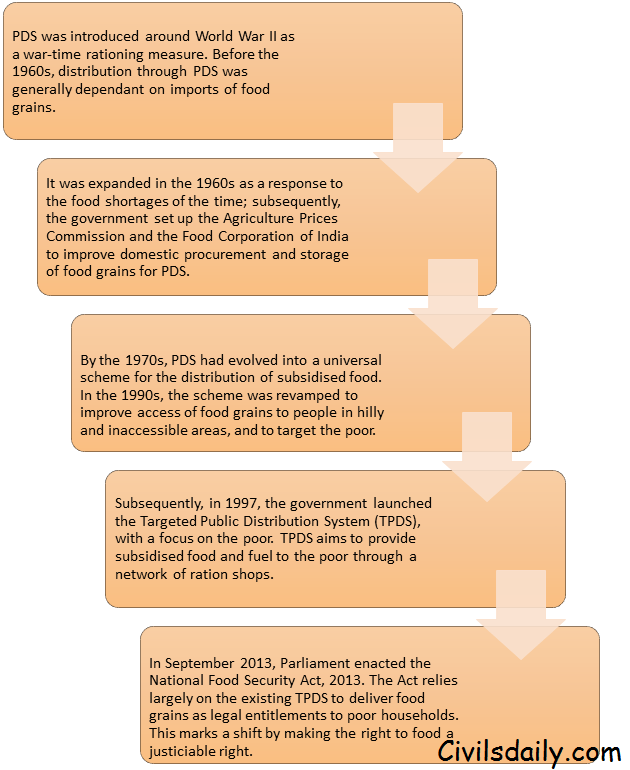 The Working of the PDS

The existing structure of the PDS works in a Cooperative Federalist system in which both Centre and State shares the responsibility.

The State Government is responsible for identifying the poor and eligible households in the states.

The Centre transports the food grains to the Central depots (FCI) in each state. After that, the state government is responsible for delivering the food grains from the centre depots to the ration shops. The Ration shops are the ultimate end points from where the food grains are sold to PDS beneficiaries. 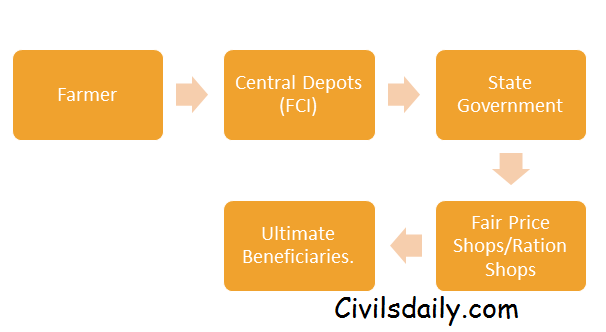