The question has been asked in the context of AIMPLB’s recent decision of establishing Sharia courts in all districts of India. Introduction should explain about the Sharia courts and its constitutional mandates.

Further, the main body should discuss about the status of Sharia courts in India and SC’s decision related to its existence. Though, SC has refused to declare it as unconstitutional, as such courts are widely respected for putting in place elaborate procedure for the determination of issues. Maharashtra has the highest number of such courts followed by UP.

Next, mention some reasons why Sharia courts should be allowed in India. Like working as advisory body, speedy and inexpensive justice, less pressure on legal courts, community involvement in decision delivery etc.

Next, mention what are the issues of establishing Sharia Courts in India. Arbitrary decision making, Issues of fatwa, state loosing its monopoly, undermine Art – 44 of constitution etc.

Next conclude based on the points of main body.

AIMPLB plan to open one Darul Qazas (Sharia courts) in all the districts in India. It has sparked a debate about whether we should have a parallel or Sharia courts in a secular country. Sharia courts are not courts in the strictest sense of the term but counselling or arbitration centres based on Islamic laws and practices.

Why Sharia court should be allowed?

Issues with setting up Sharia courts:

Overall, Sharia courts can offer reasonable help in civil disputes but the cost they incur on society is much larger than the benefits they bring- both on conceptual and practical levels. All claims put in favour of Sharia courts are baseless in the existing judicial set up. Though the formation will lead to easy and speedy dispensation of justice to one community, wider measures like uniform civil code and arbitration courts must be setup to address the issue in entirety. 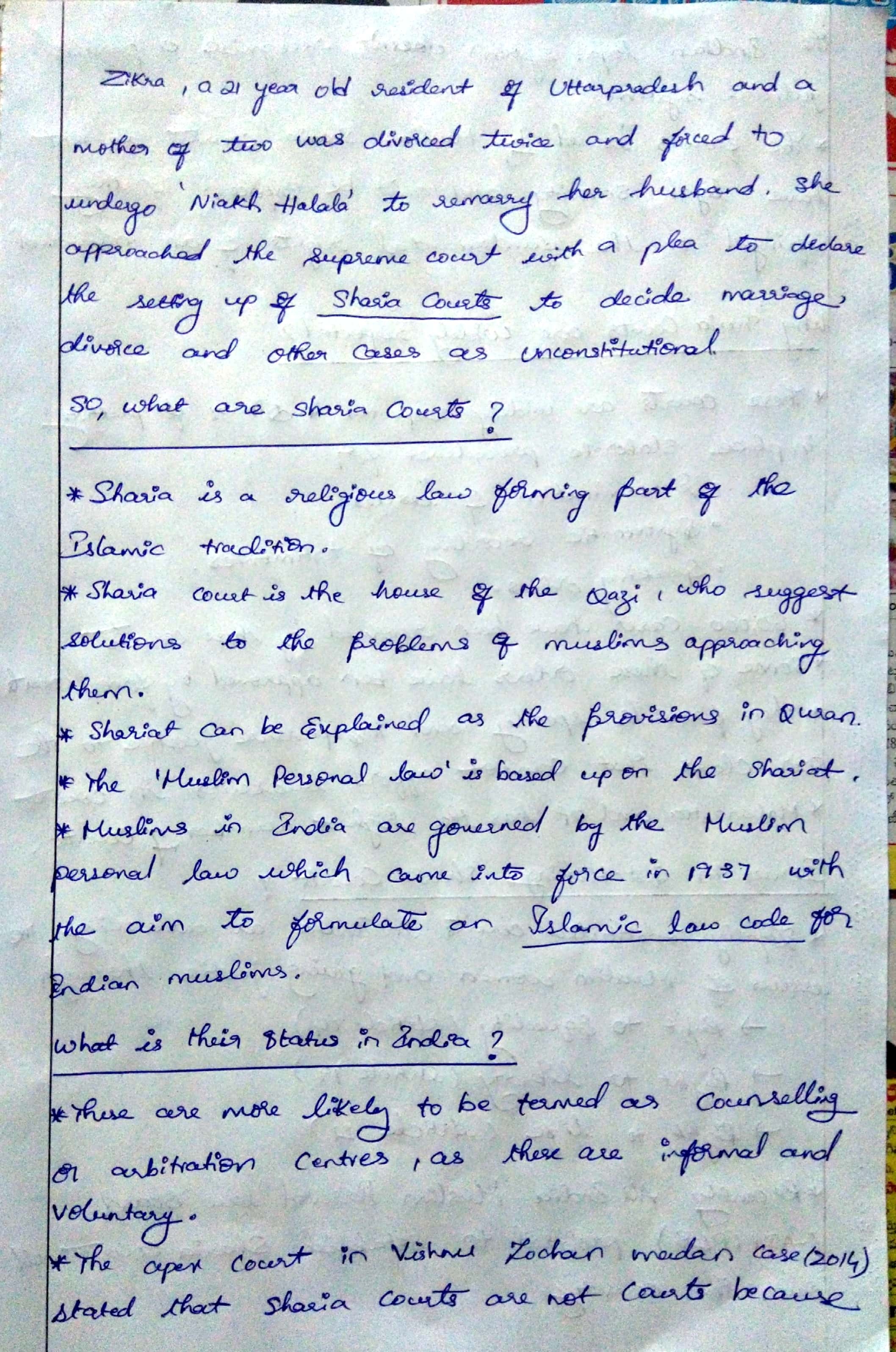 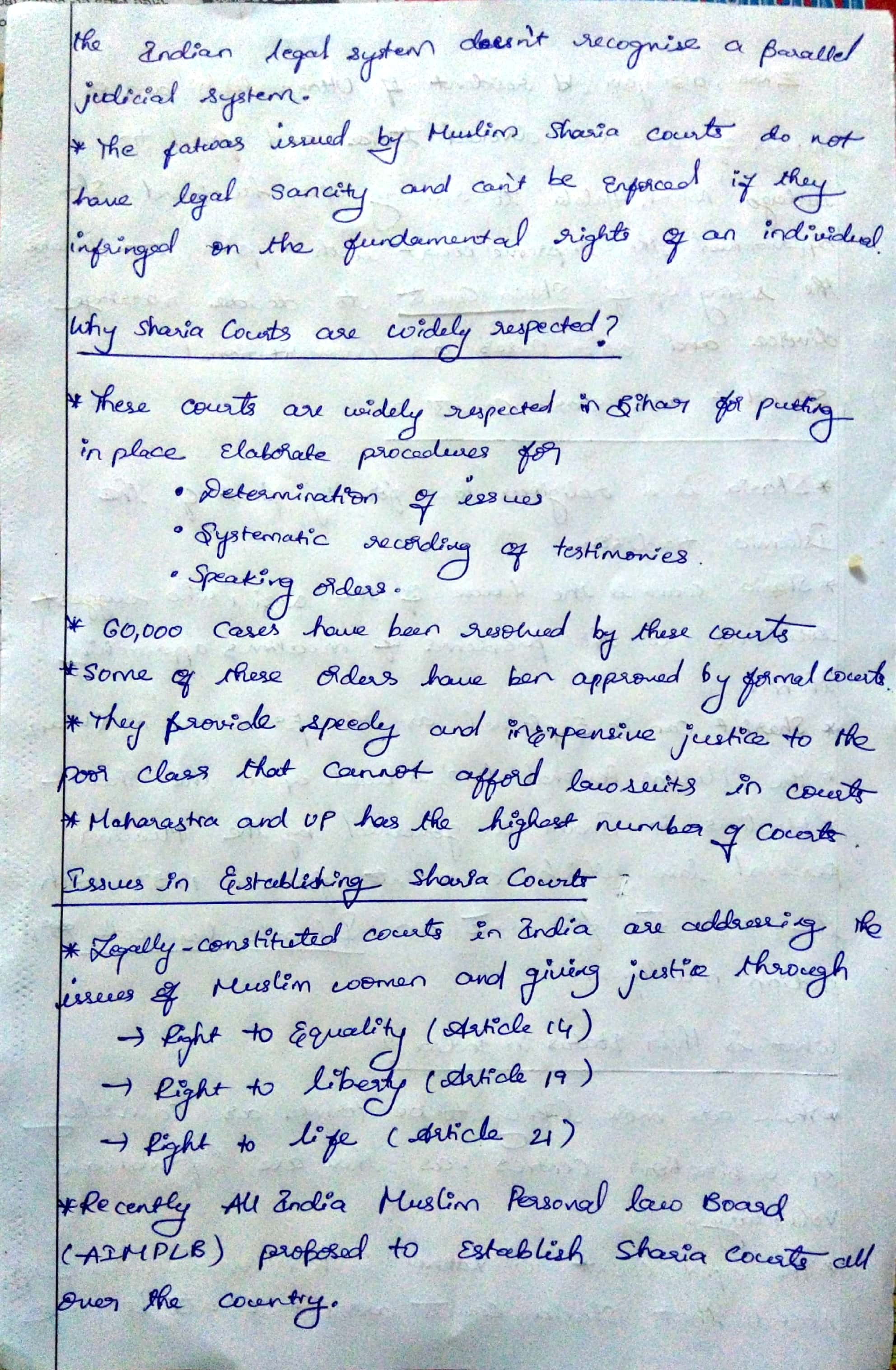 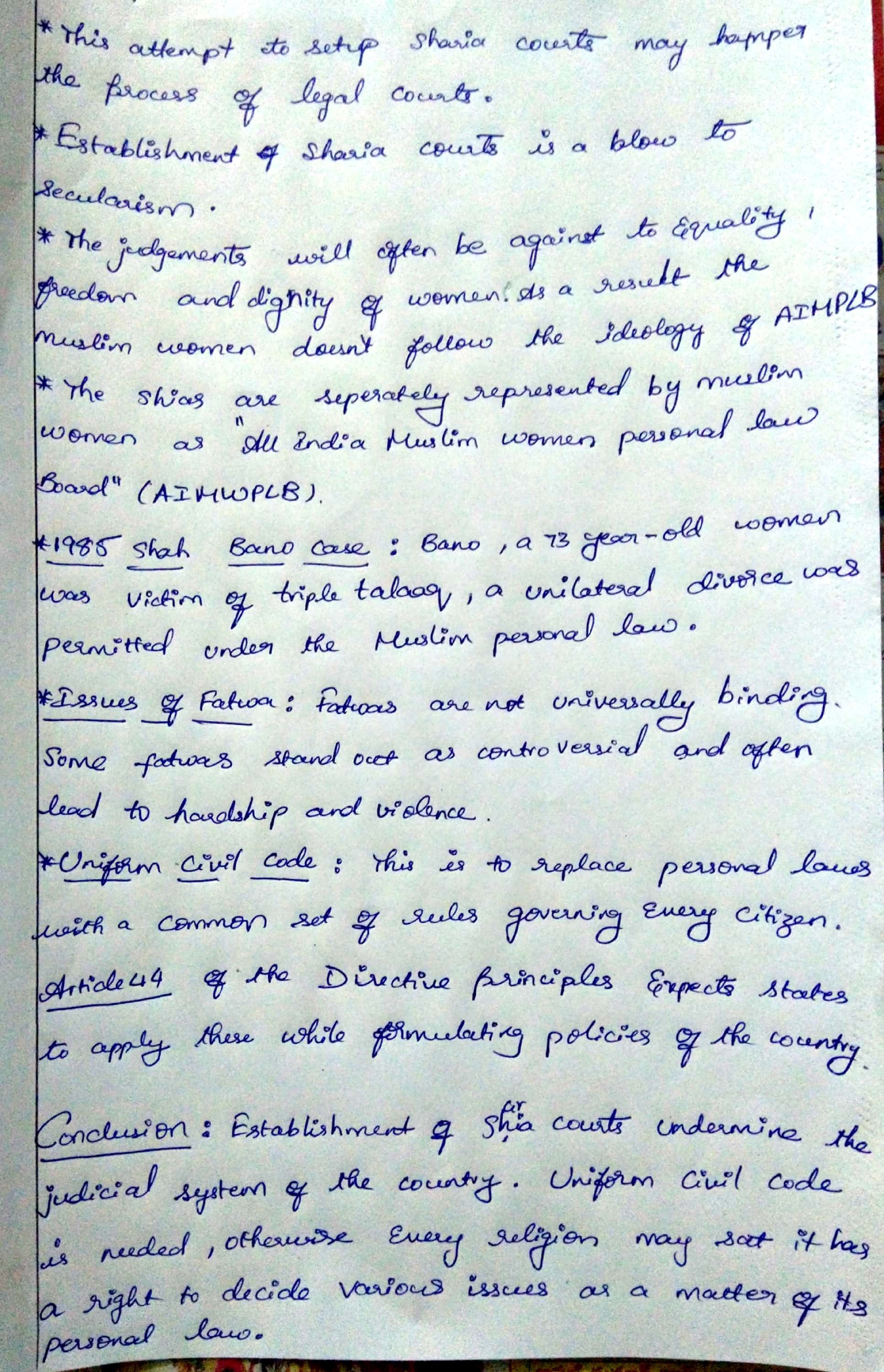 Hi Divya,
Please pay attention to the word limit…
-The answer seems to be good…
-Points are well written and arranged…the idea of Uniform civil court is good…Sharia can work as an advisory body rather than working parallel to Indian courts which will be against the principle of justice.
-Conclusion could have been much better…though good…
Overall, nice attempt…good answer…keep it up…keep writing…