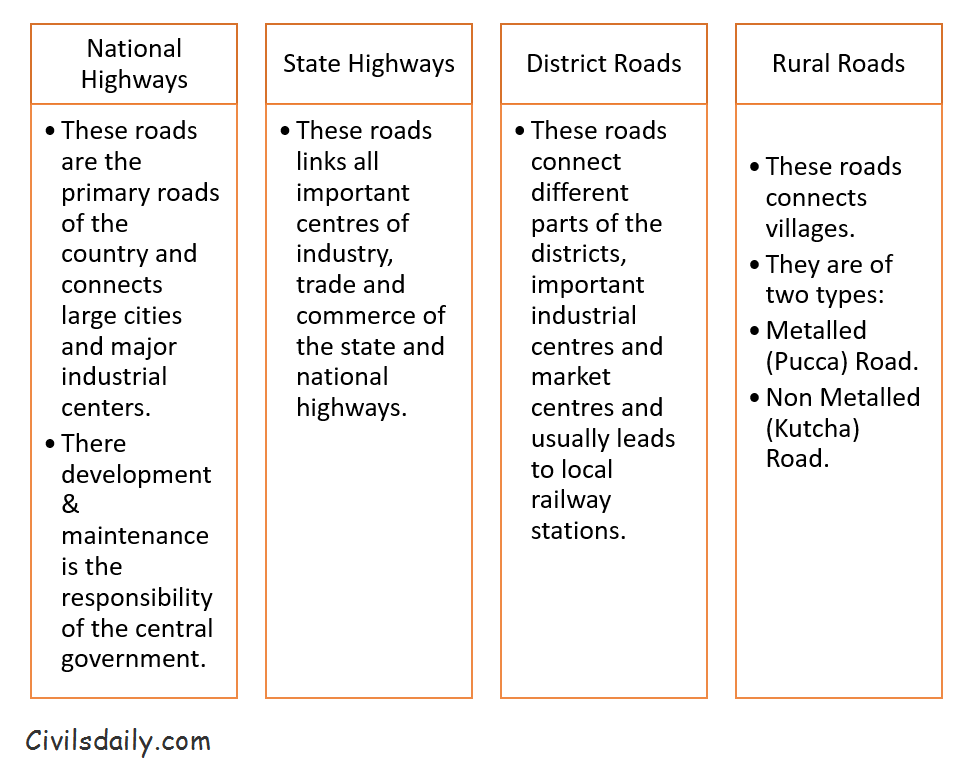 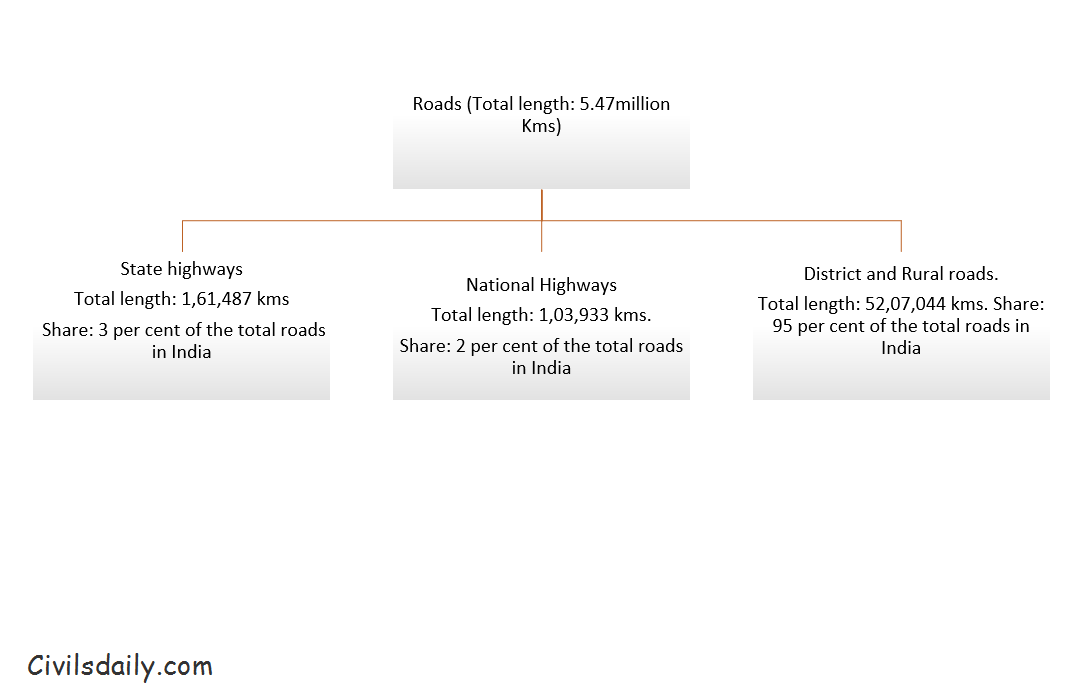 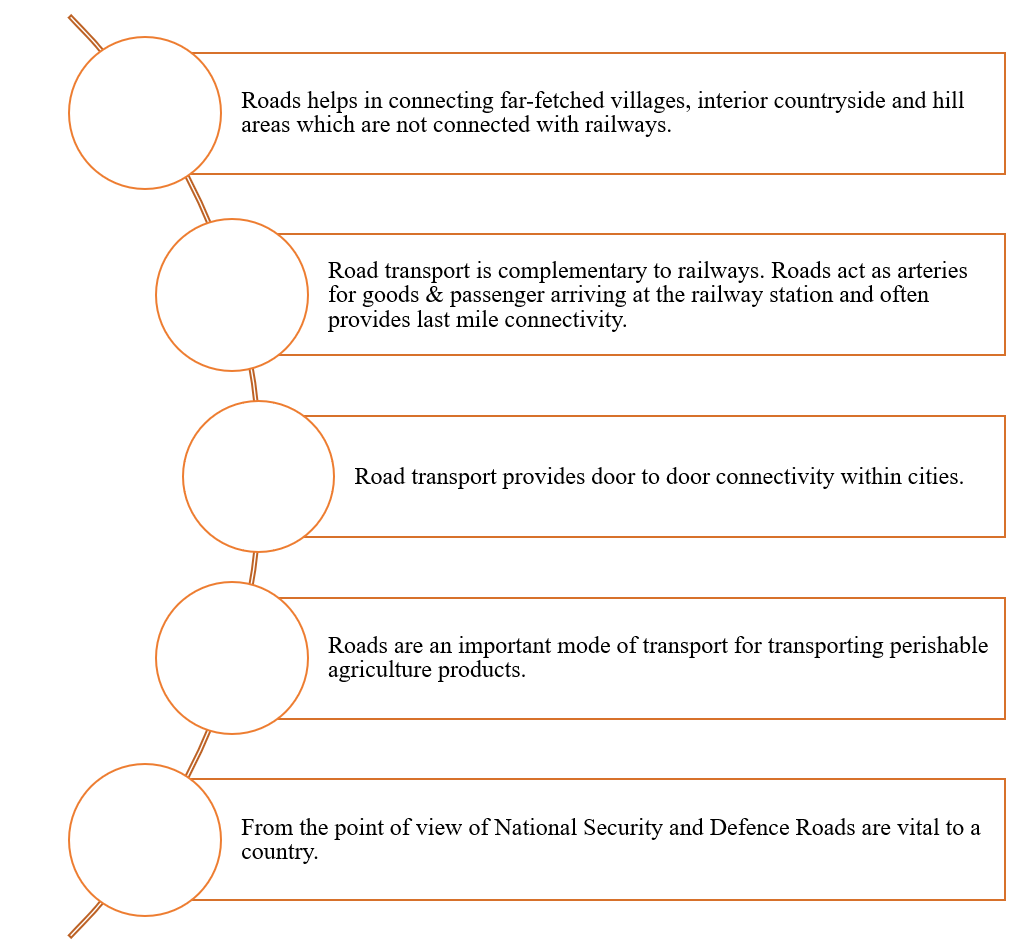 The major initiative undertaken by the government for the development of road sector are:

NHDP deal with the development of high quality highways. NHDP is the largest highway project undertaken in the country. It has been implemented by the National Highway Authority of India (NHAI).

The NHDP was expected to cost Rs 540 billion, when started in 1998. The financing pattern of this project indicates that private sector participation in the form of investment amounts to only Rs 40 billion (7.4 per cent of the total).

Over the course of the project, institutions like the World Bank, Asian Development Bank (ADB) and Japanese Bank for International Cooperation (JBIC) are expected to finance about Rs 200 billion; another Rs 200 billion of investment would be financed from the cess.

Problems of the Road Sector 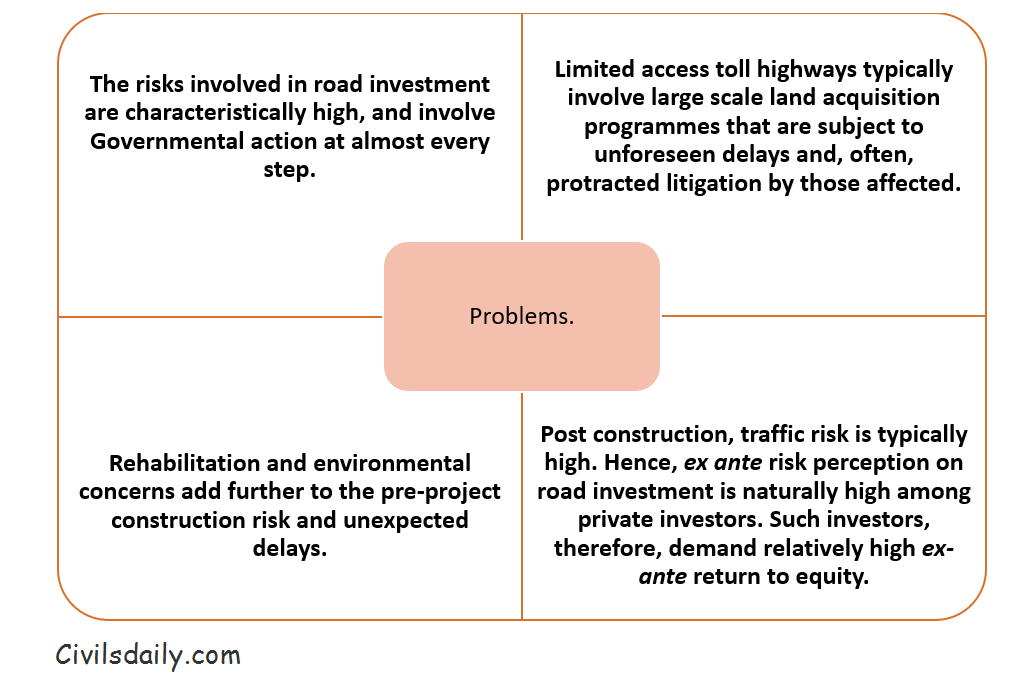 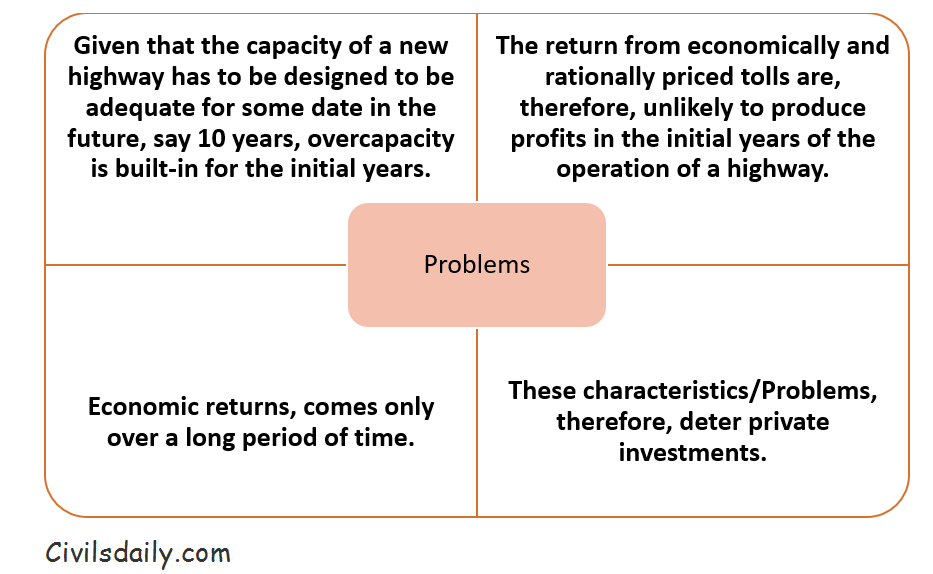 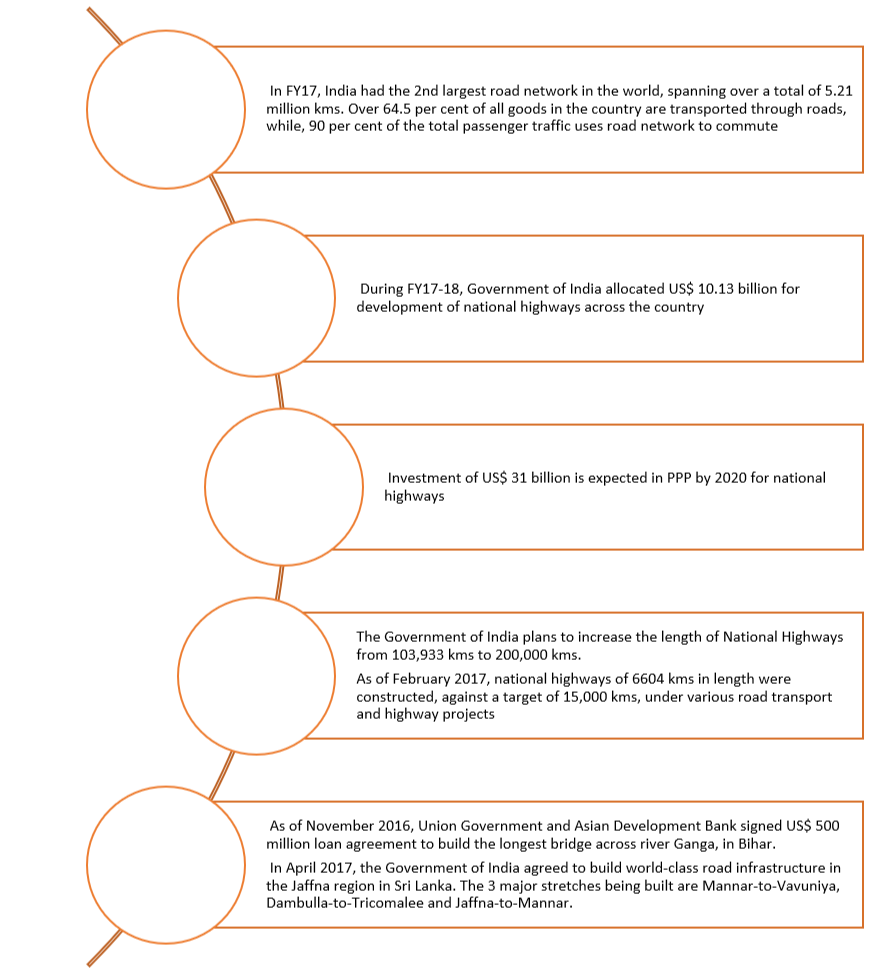 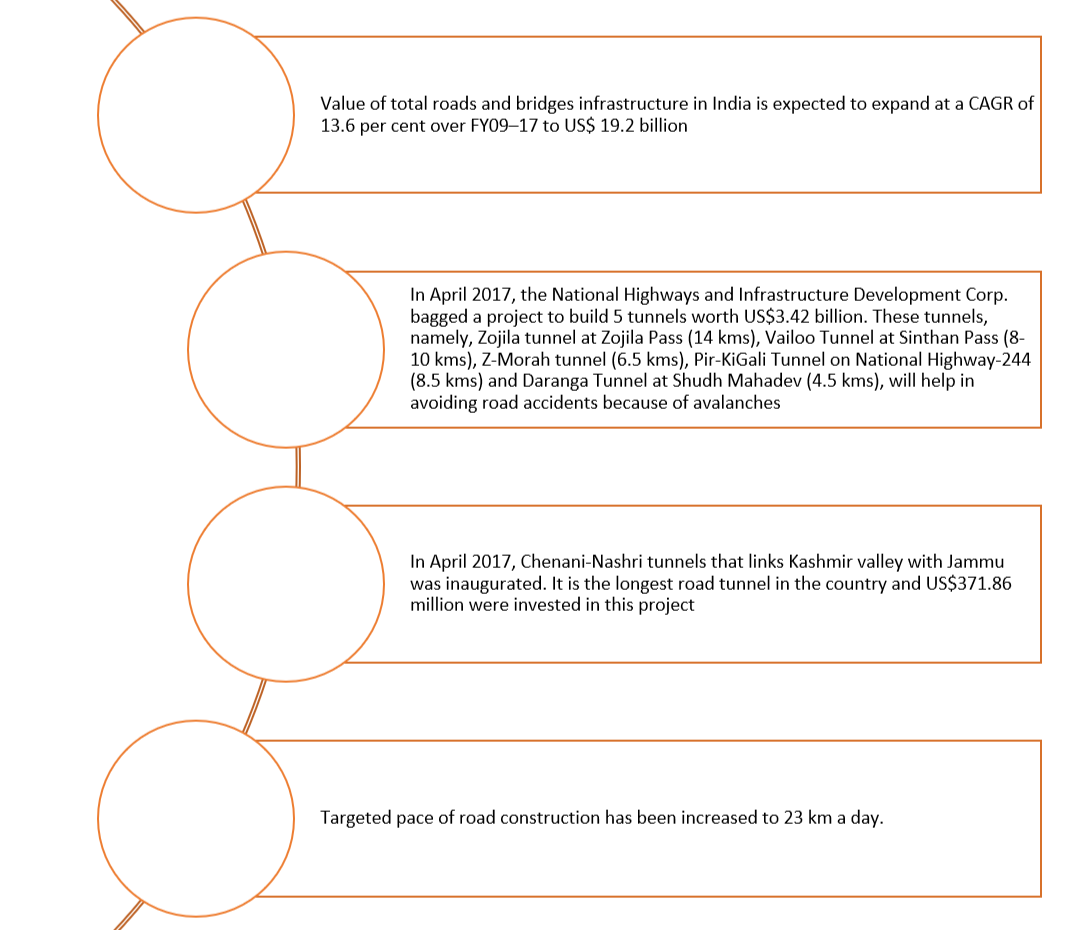 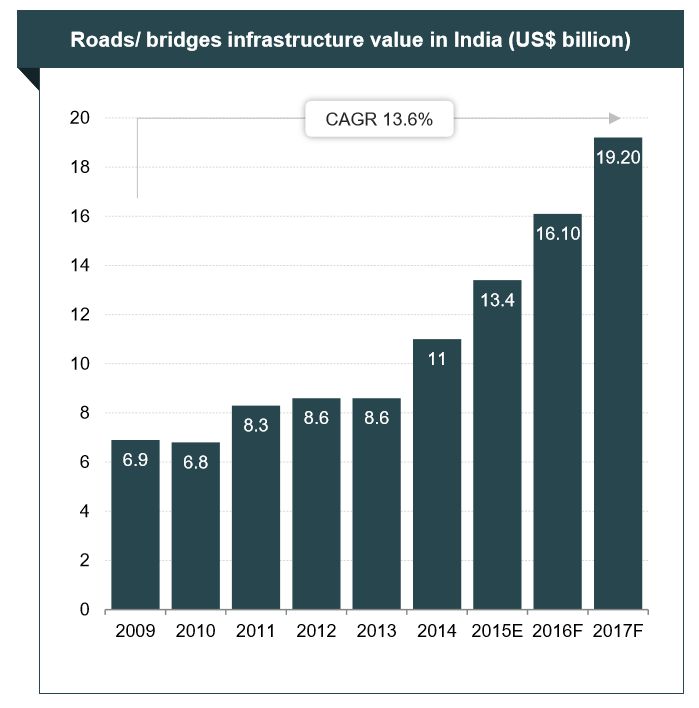 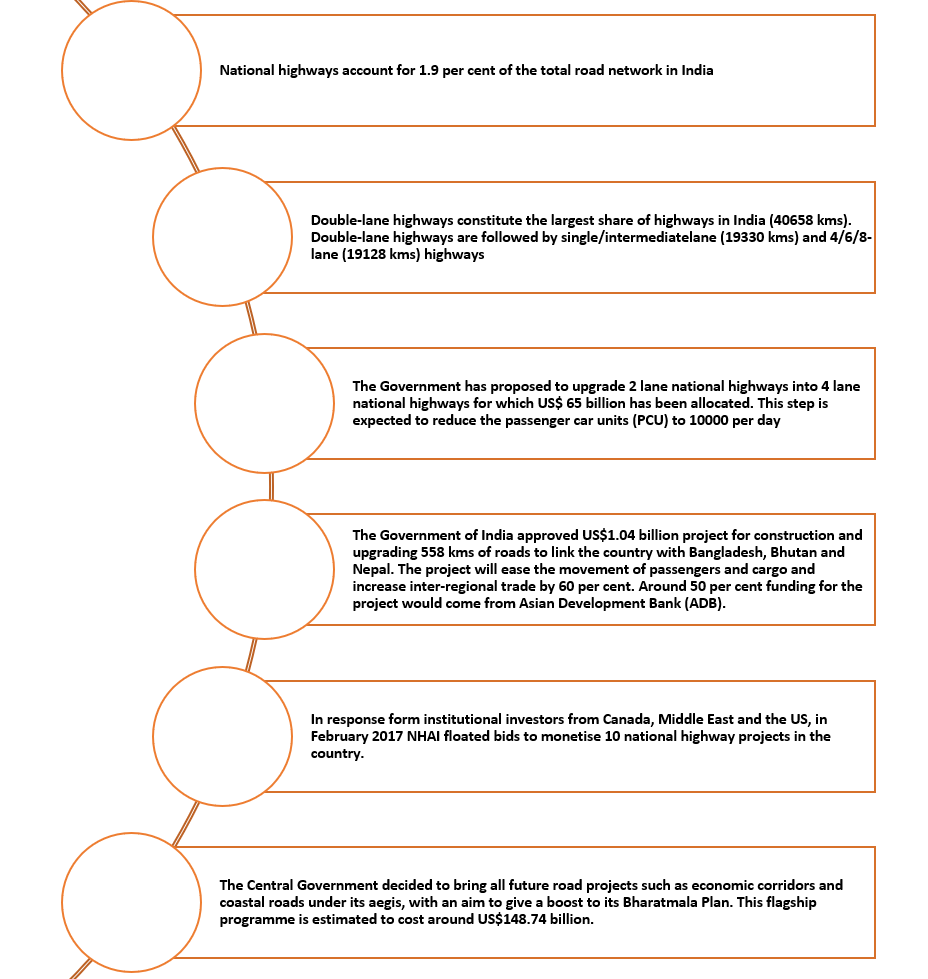 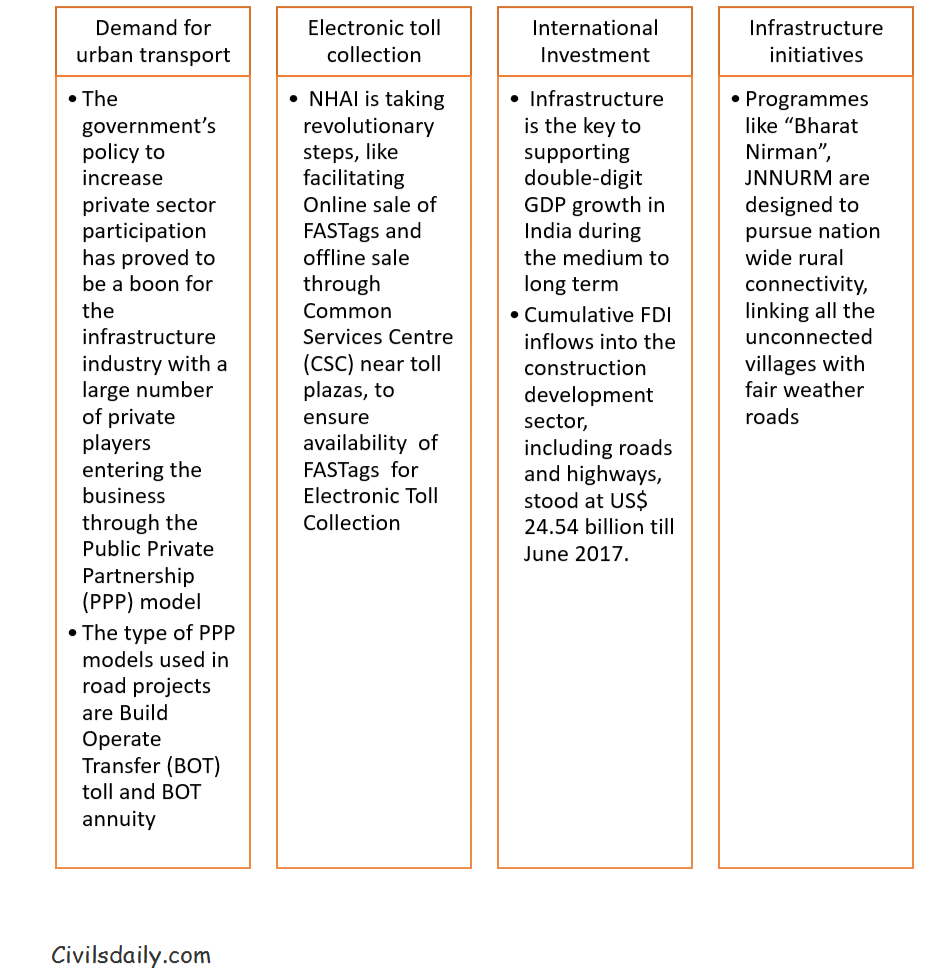 SARDP-NE is vested with the development of double-/four-lane national highways of about 7,530 kms and double-laning improving about 2,611 kms of state roads, as on FY16

The project would be undertaken in following 3 phases: 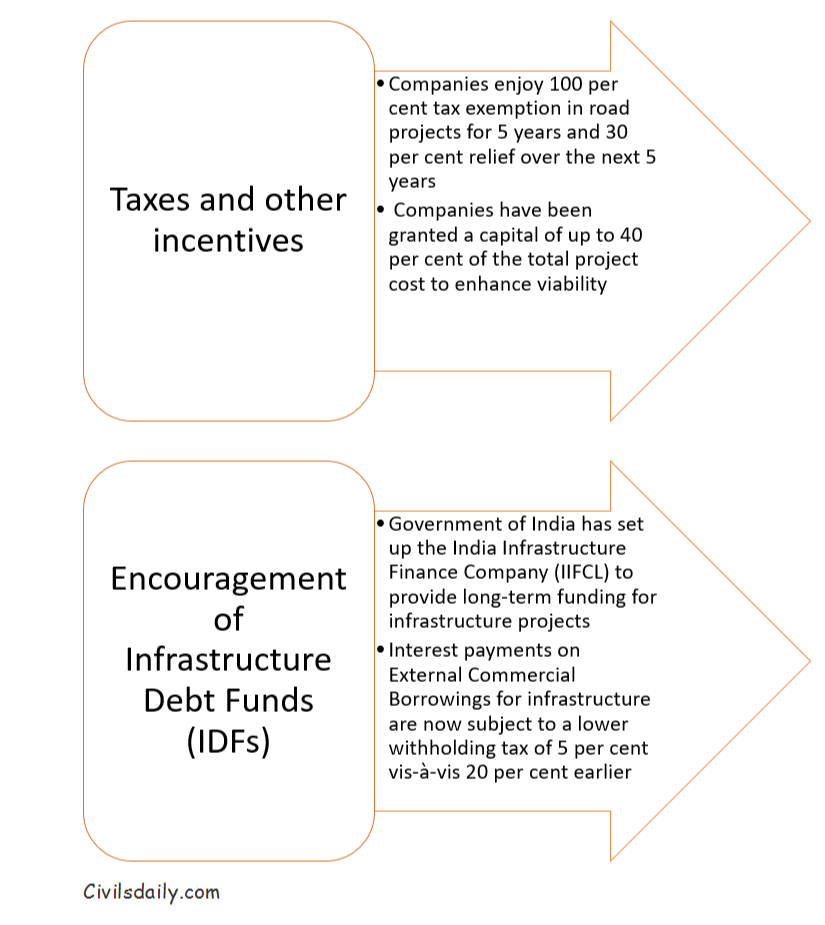 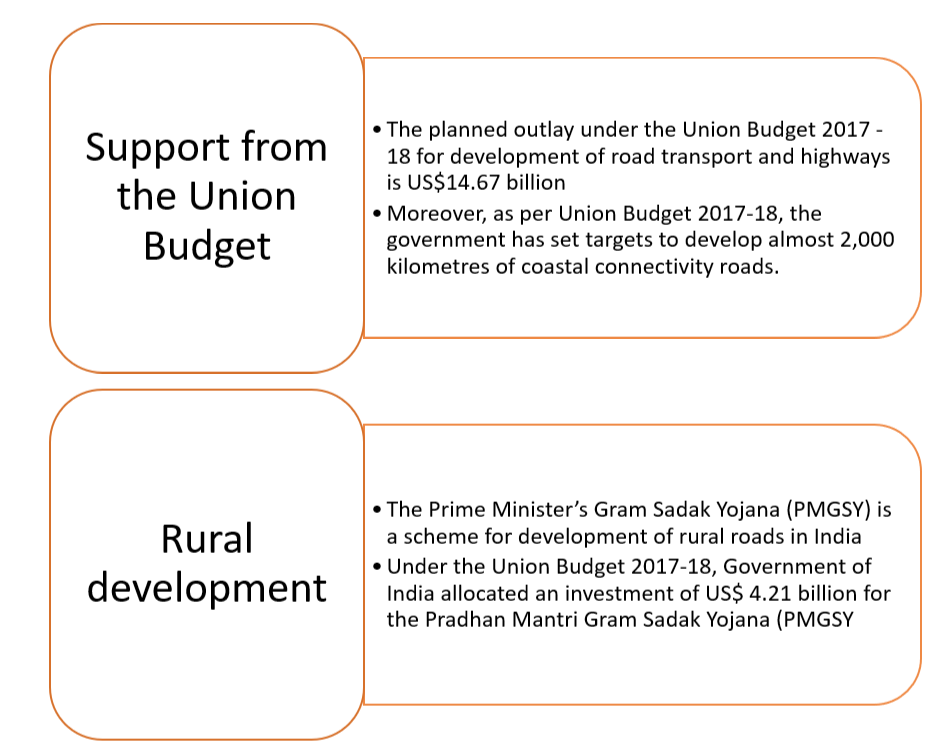