The substantial progress made in telecommunications since the early 1990s is a success story. The number of telephone lines has grown by 25-30 per cent each year throughout the 1990s.

The telecommunication sector witnessed revolutionary change in the recent years and the Indian Telecom network is now the second largest in the World after China. From only 76 million subscribers in 2004, the number has increased to more than 1200 million in 2016. The increased has been entirely due to spectacular increase in wireless connections or mobile phones. The number of mobile connections rose from 35 million in 2004 to 1150 million in 2016. Tele density an important indicator of telecom penetration increased from 7 percent in 2004 to 93 percent in 2016. 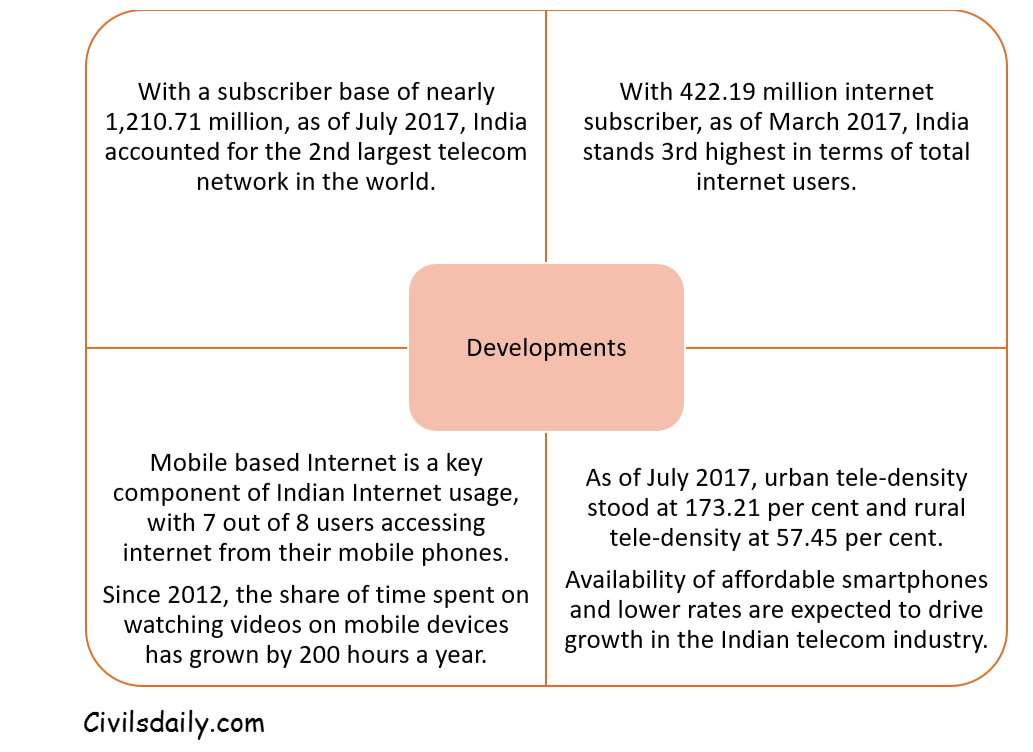 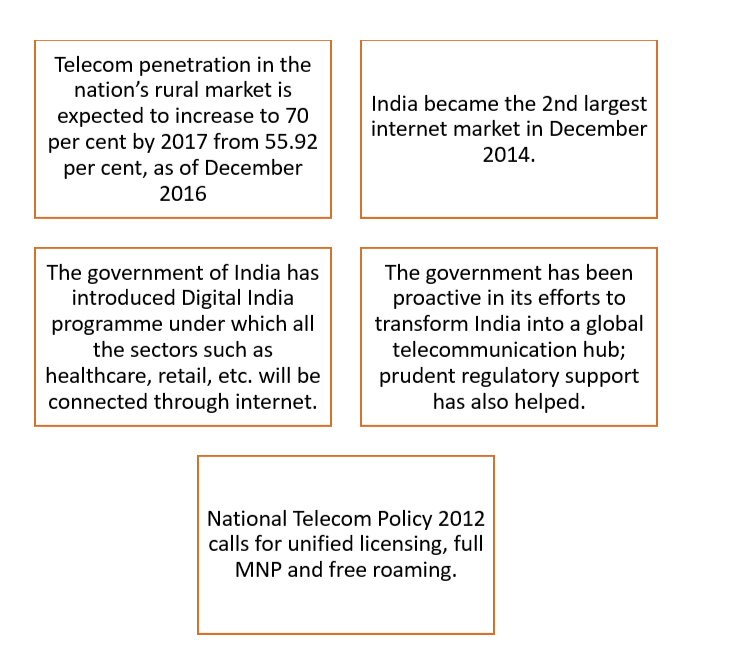 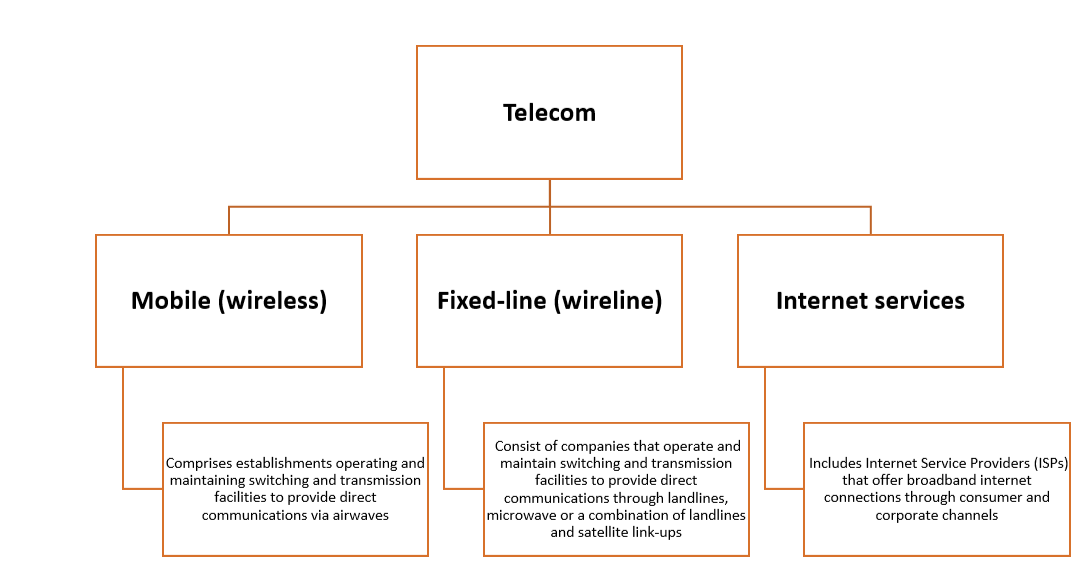 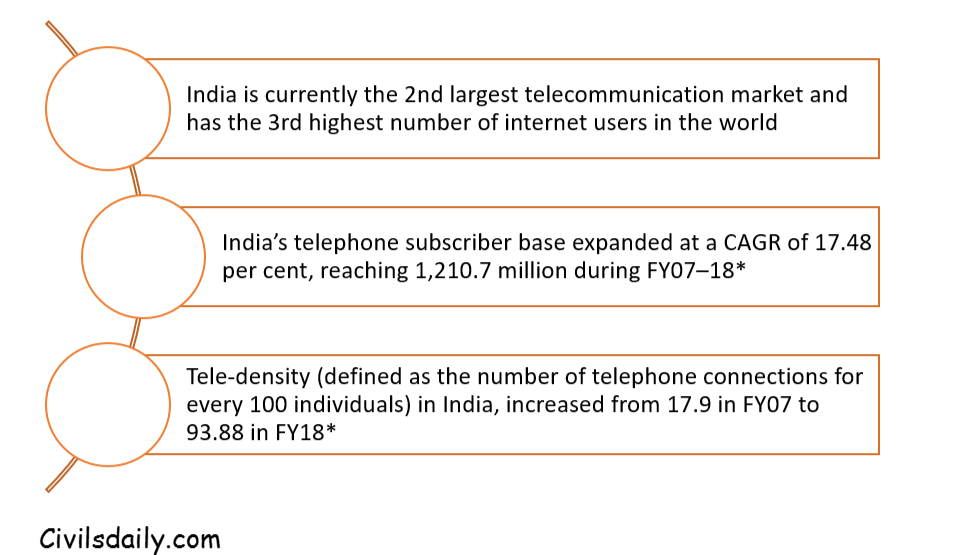 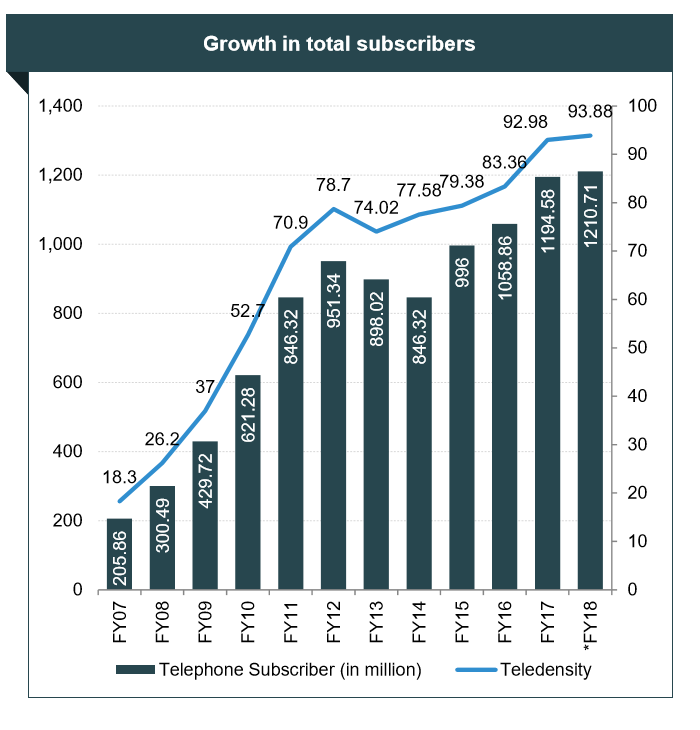 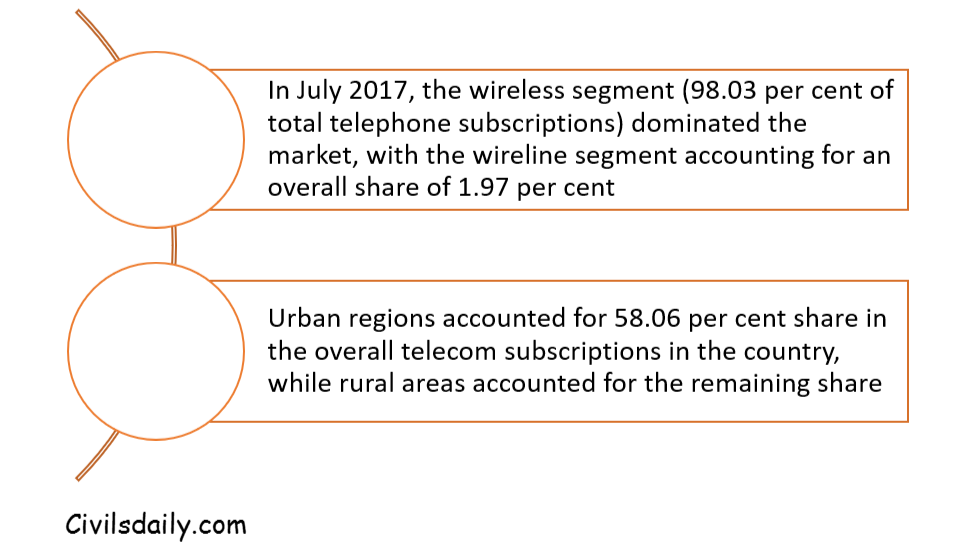 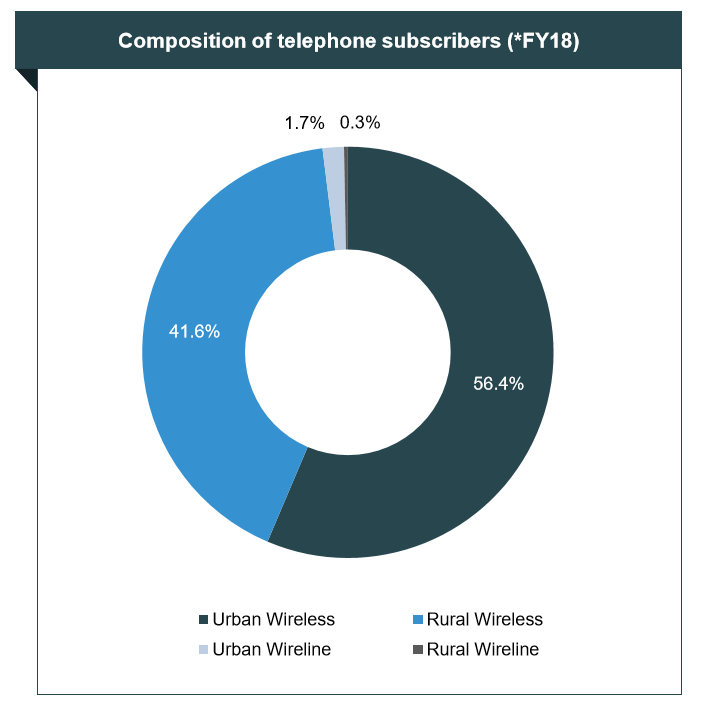 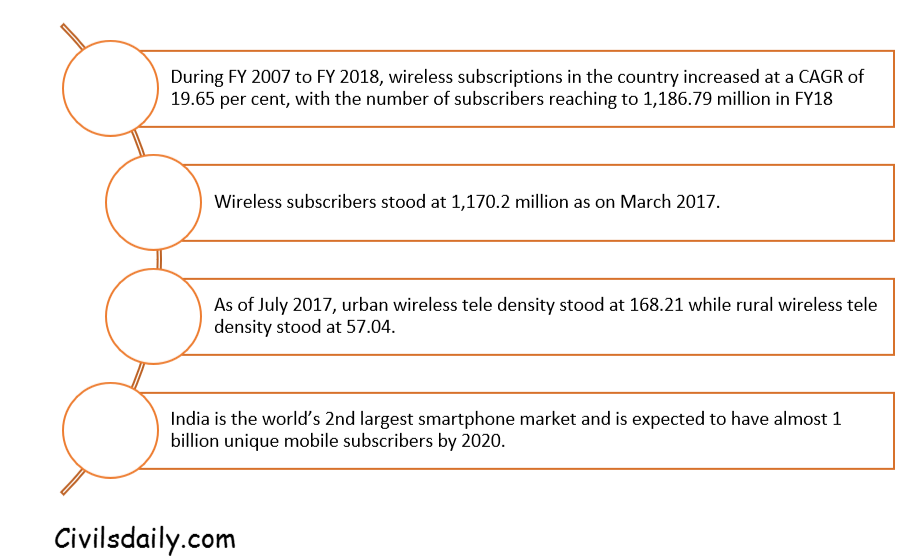 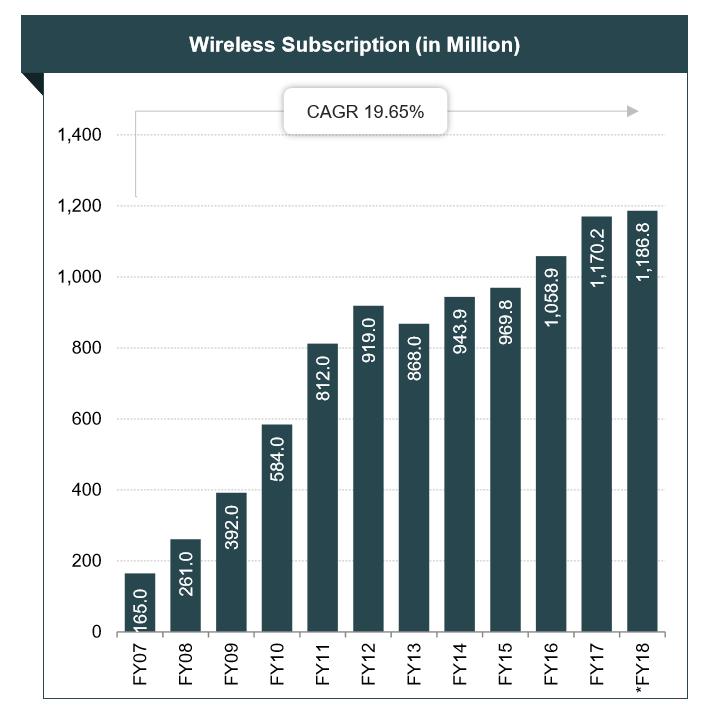 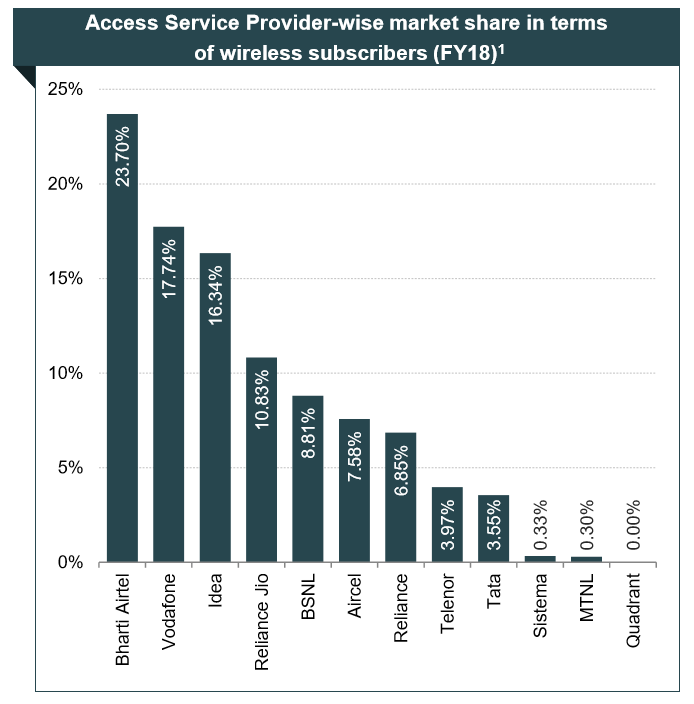 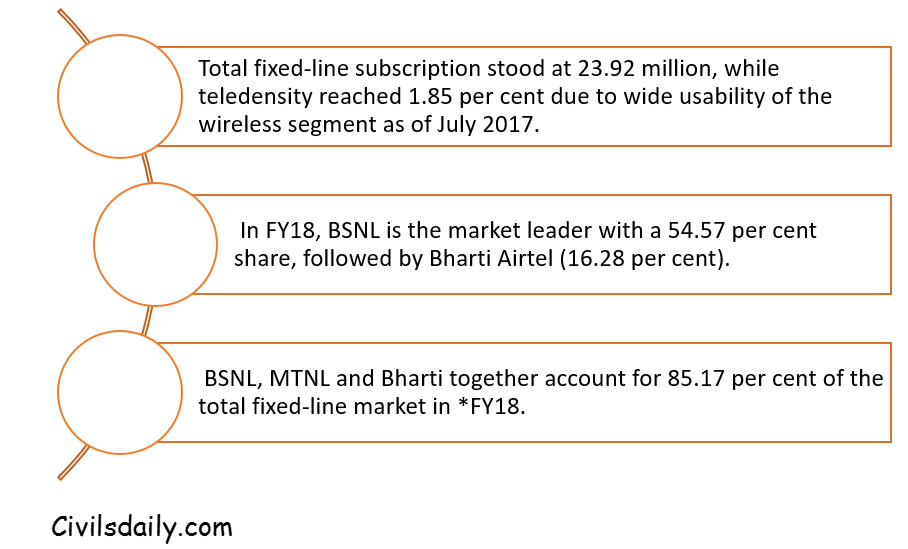 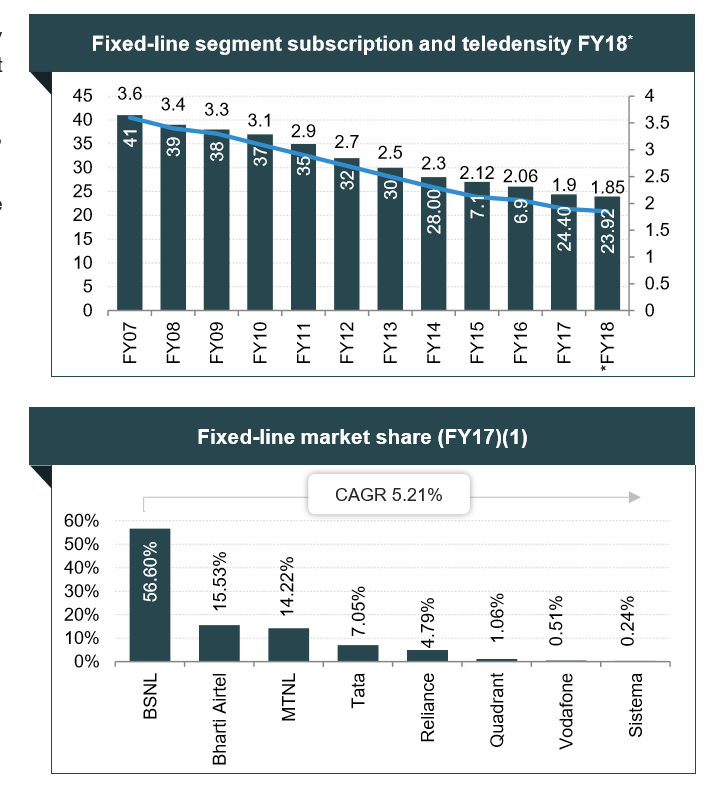 Internet Subscription is on the Rise 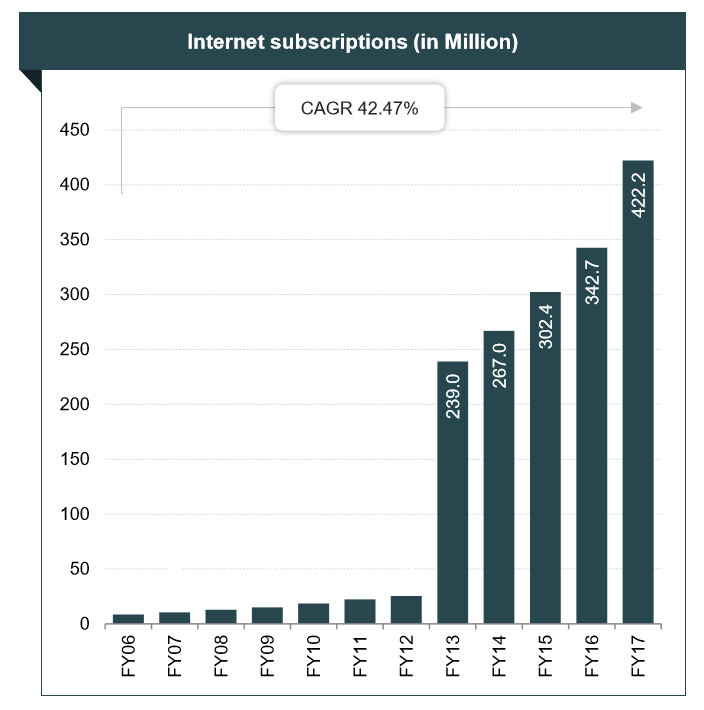 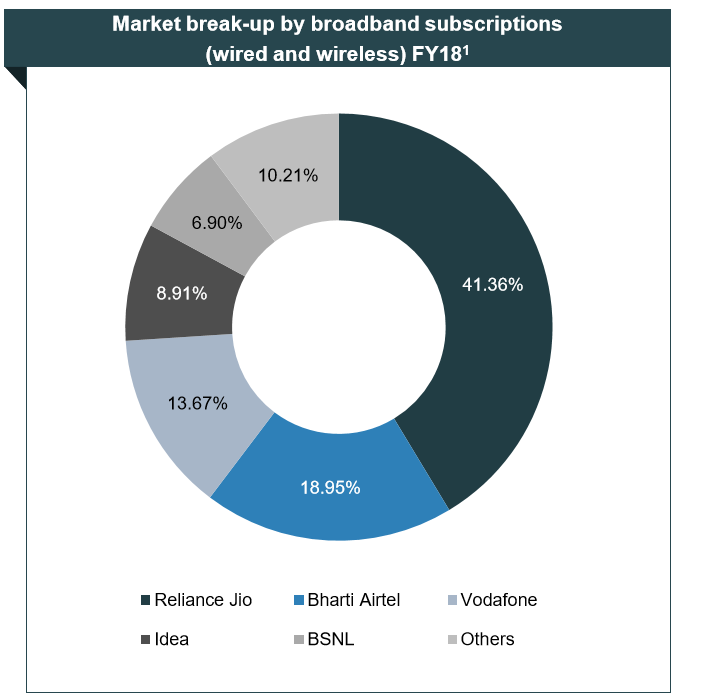