Based primarily on nature of land, climatic characteristics and available irrigational facilities, the farmers in India practise different types of farming. 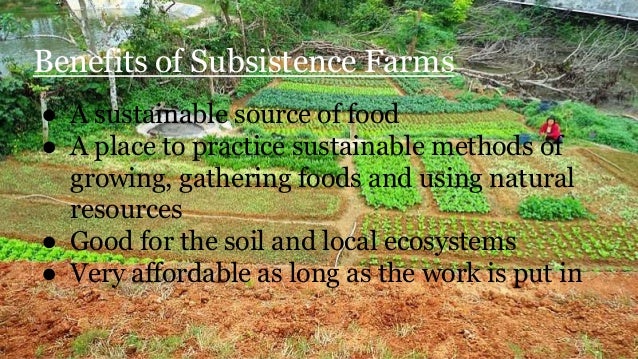 This practice is known by different name in different regions of India like: 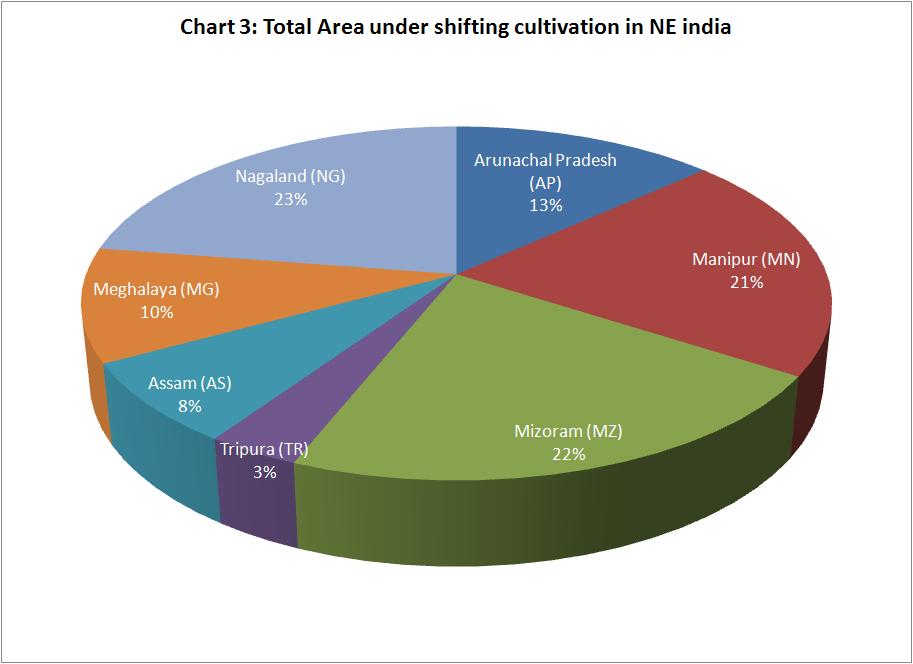 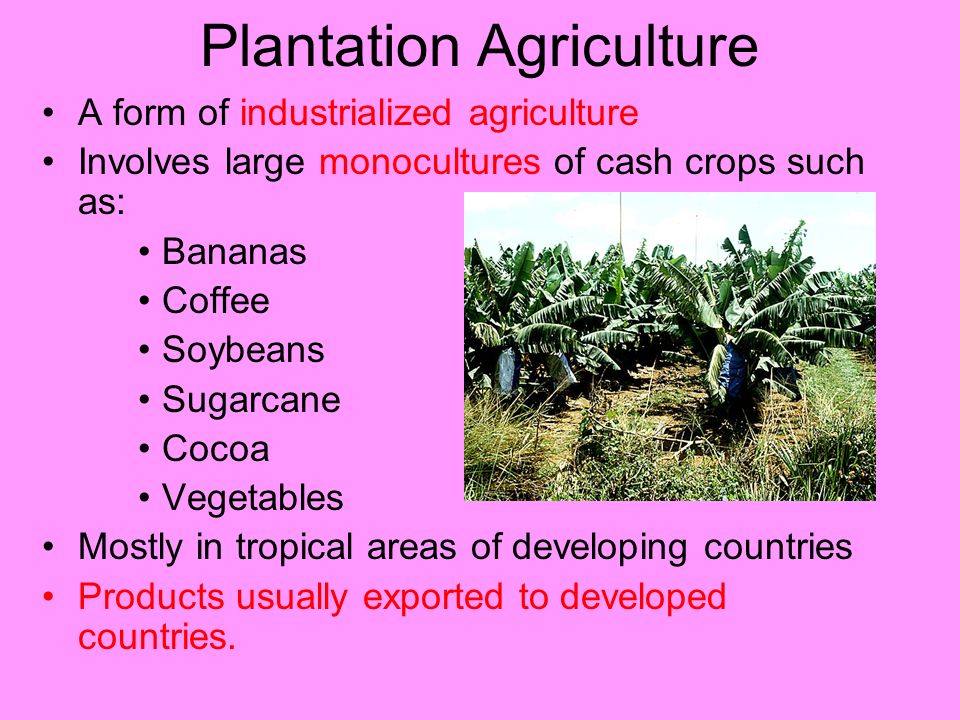 Some of the plantations like tea, coffee and rubber have a processing factory within the farm itself or close to it.

This type of agriculture has developed in hilly areas of north-eastern India, sub-Himalayan West Bengal and in Nilgiri, Anamalai and Cardamom hills in peninsular India.

In areas where irrigation has been possible, the farmers use fertilisers and pesticides on large scale. They have also brought their land under high yielding variety of seeds. They have mechanised agriculture by introducing machines in various processes of farming.

Intensive Agriculture Development program (IADP) was the first major experiment of Indian government in the field of agriculture and it was also known as a “package programme” as it was based upon the package approach.

The programme was launched in 1961 after the Community Development Programme lost sheen. The core philosophy was to provide loan for seeds and fertilizers to farmers. Intensive Agriculture Development program was started with the assistance of Ford Foundation.

The IADP was expanded and later a new Intensive Agriculture Area programme (IAAP) was launched to develop special harvest in agriculture area. 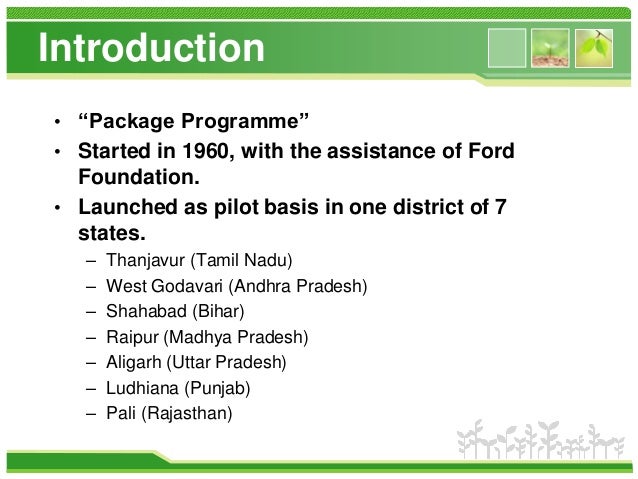 The IADP was expanded and later a new Intensive Agriculture Area programme (IAAP) was launched to develop special harvest in agriculture area.

Dry farming or dry-land farming may be defined as a practice of growing crops without irrigation in areas which receive an annual rainfall of 750 mm – 500 mm or even less. 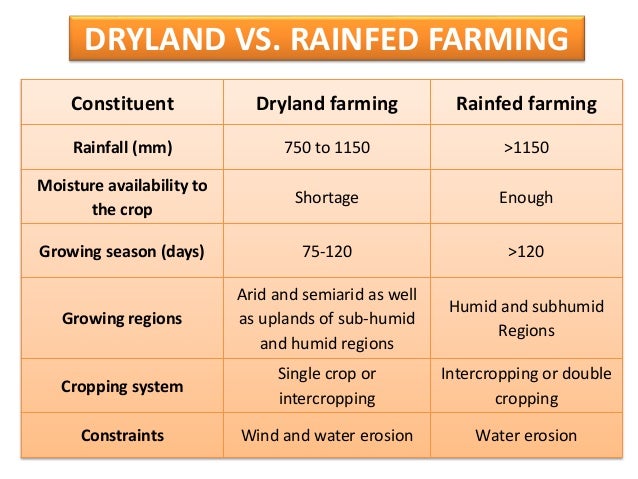 Key elements of effective combat with perils of Dryland agriculture

Dryland agriculture is subject to high variability in areas sown, yields and output. These variations are the results of aberrations in weather conditions, especially rainfall. Alternate crop strategies have been worked out for important regions of the country:

This refers to growing of number of Crops one after the other in a fixed rotation to maintain the fertility of the soil. The rotation of crops may be complete in a year in some of the areas while it may involve more than one year’s time is others. 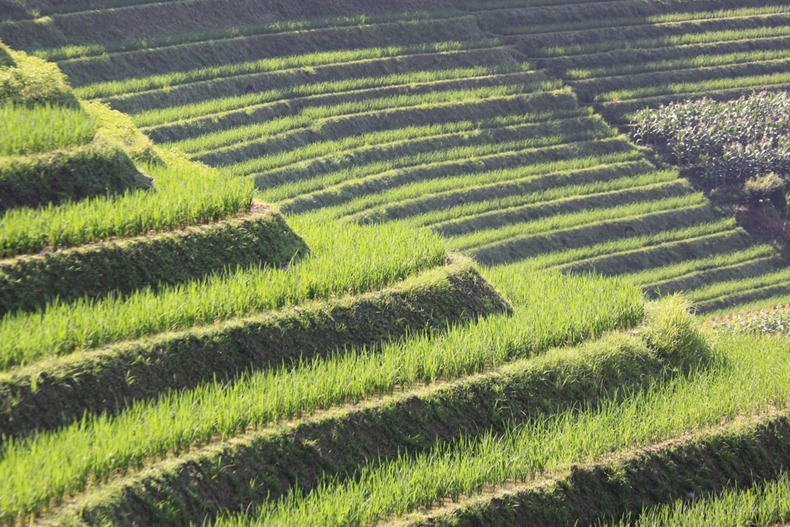 #1. Which of the following is the chief characteristic of ‘mixed farming’? [UPSC 2012]

#2. With reference to Indian agriculture, which one of the following statements is correct? [UPSC 2002]

#3. Which one of the following agricultural practices is eco-friendly ? [UPSC 1999]

#4. What can be the impact of excessive/ inappropriate use of nitrogenous fertilizers in agriculture? [UPSC 2015]
1. Proliferation of nitrogen-fixing microorganisms in soil can occur.
2. increase in the acidity of soil can take place.
3. Leaching of nitrate to the groundwater can occur.
Select the correct answer using the code given below.

#5. In India, the problem of soil erosion is associated with which of the following? [UPSC 2015]
1.Terrace cultivation
2. Deforestation
3. Tropical climate
Select the correct answer using the code given below.

The development of agro-based businesses alongside horticultural items delivers more prominent joining with various areas. Another part of characterizing what the agro-based industry is its characterization into two classes – food handling and non-food preparing ventures. Reach Vakilsearch site to know about agriculture business management: https://vakilsearch.com/starting-business-in-agriculture-industry