The landscape is continuously being worn away by two processes:

Chemical weathering involves a chemical change in at least some of the minerals within a rock.

Mechanical weathering involves physically breaking rocks into fragments without changing the chemical make-up of the minerals within it.

It’s important to keep in mind that weathering is a surface or near-surface process. As you know, metamorphism also produces chemical changes in rocks, but metamorphic chemical changes occur at depth where either the temperature and/or pressure are significantly higher than conditions found on the Earth’s surface.

As soon as a rock particle (loosened by one of the two weathering processes) moves, we call it erosion. Mass wasting is simply movement down slope due to gravity. Rock falls, slumps, and debris flows are all examples of mass wasting. We call it erosion if the rock particle is moved by some flowing agent such as air, water or ice.

So, the mantra is:If a particle is loosened, chemically or mechanically, but stays put, call it weathering. Once the particle starts moving, call it erosion.

Understanding Erosion and Its Agents

Erosion: As mentioned earlier, it is the wearing away of landscape by different agents like wind, water and ice. The eroded material is carried away or transported by water, wind, etc. and eventually deposited. Different landforms are created on the earth’s surface because of erosion and deposition.

A. Role of water in erosion/ deposition:

#1. River: The running water of the river erodes the landscape. 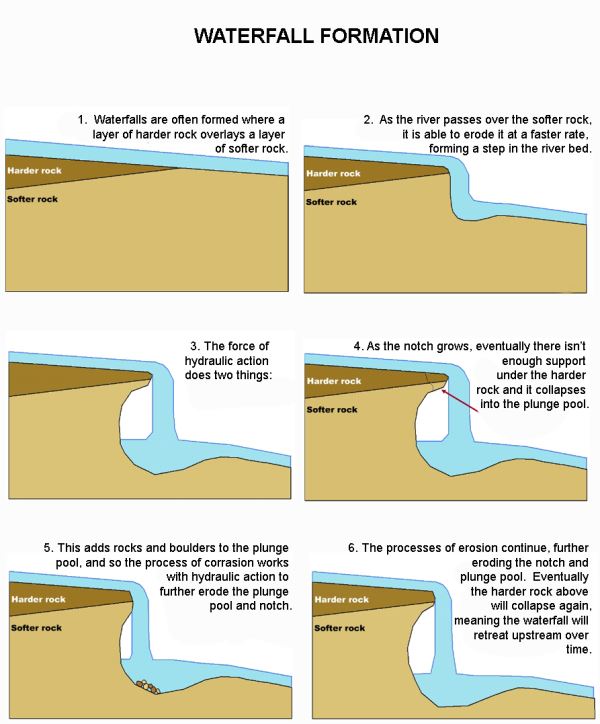 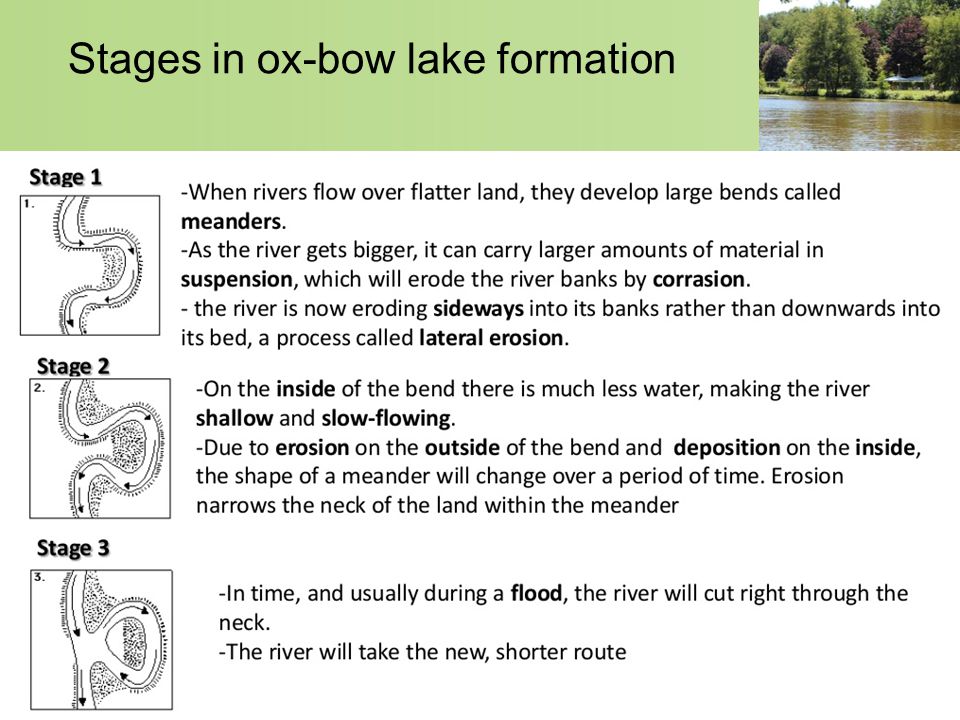 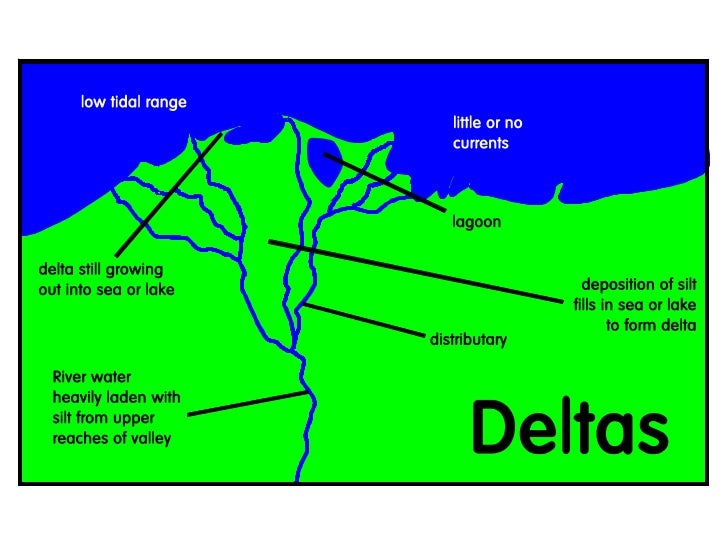 Why do rivers have deltas?

The three main types of Deltas are: 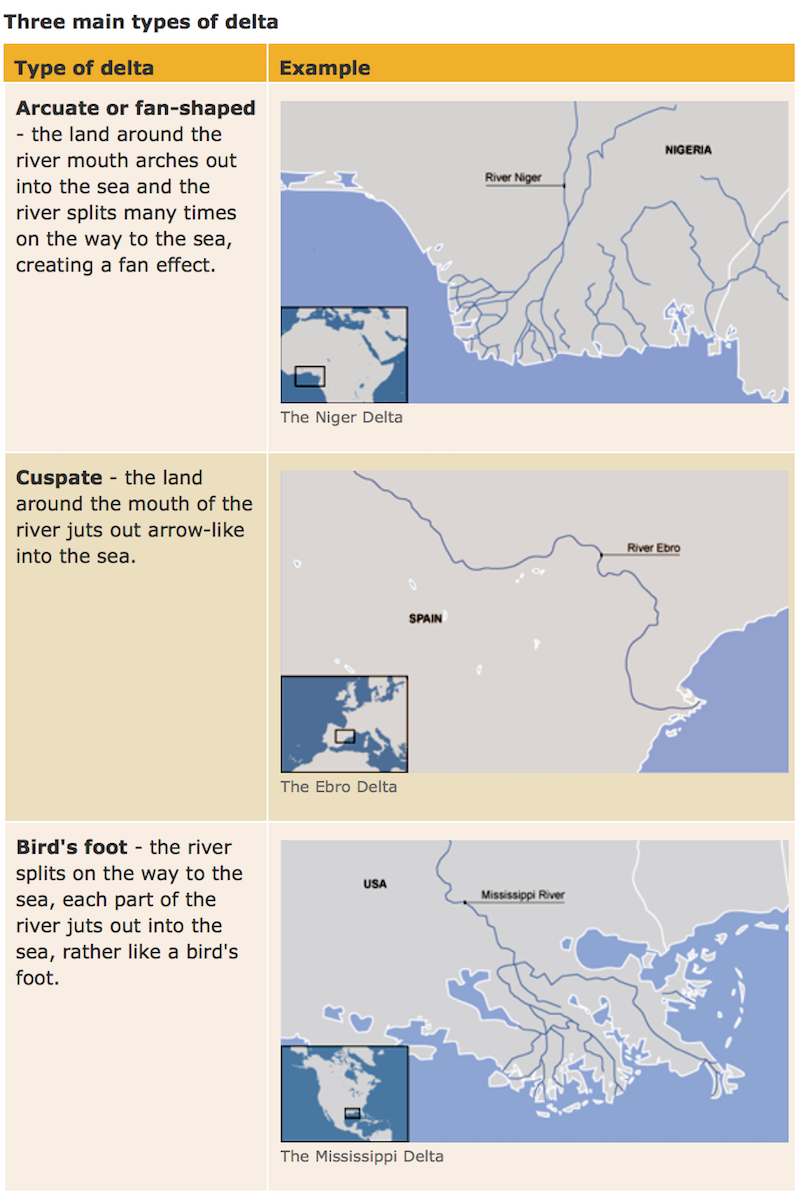 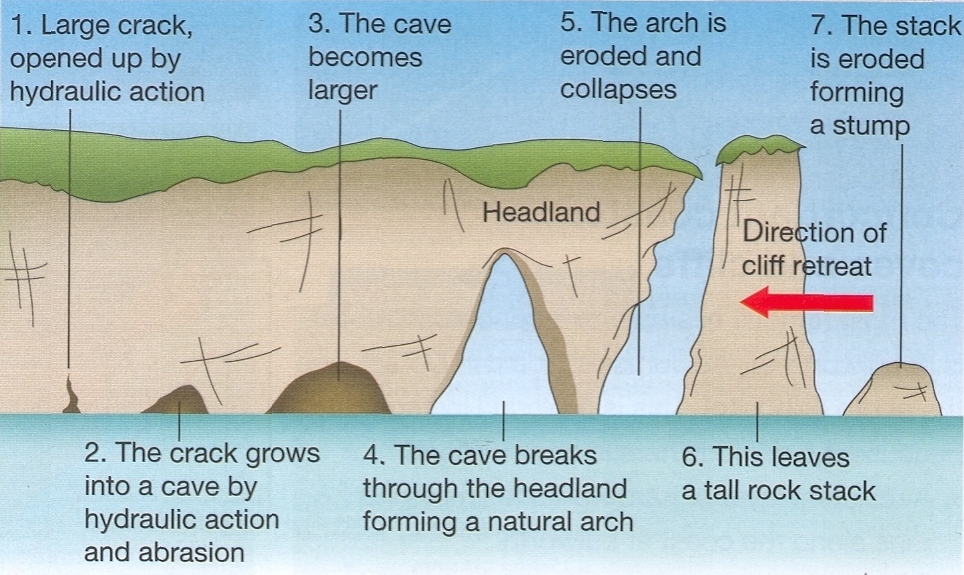 B. Role of ice in erosion/ deposition:

Glaciers are ‘rivers’ of ice that too erode the landscape by bulldozing soil and stones to expose the solid rock below. They create:

#2. Lakes in mountains: These are formed when the ice melts and the deep hollows get filled up with water

#3. Glacial moraines: These are formed by the deposition of the material carried by the glacier such as rocks big and small, sand and silt.

A moraine is any glacially formed accumulation of unconsolidated glacial debris (soil and rock) that occurs in both currently and formerly glaciated regions on Earth (i.e. a past glacial maximum), through geomorphological processes.

B. Role of wind in erosion/ deposition: NOTE: This lesson forms a part of the series on Physical Geographic Lectures – Click to read the collection