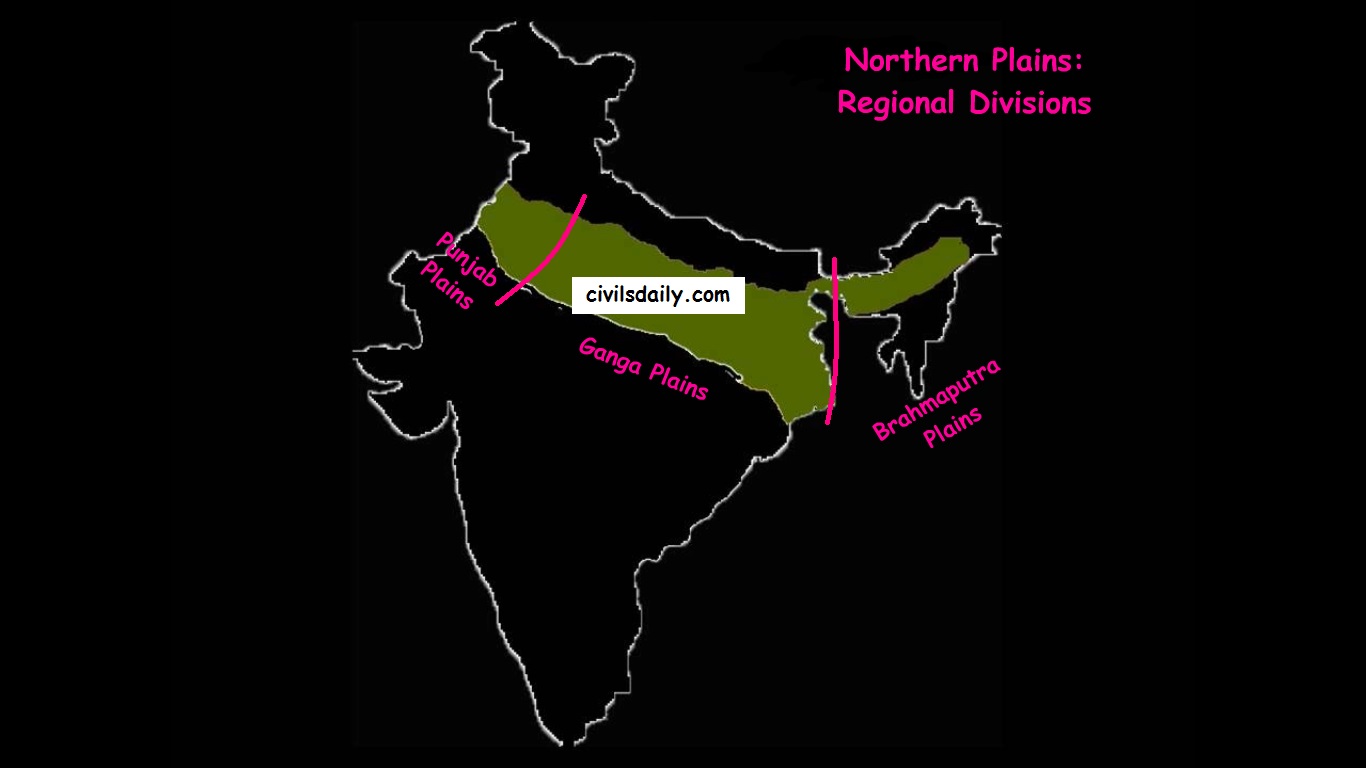 Significance of this region:

Question: Assertion (A): The frequency of floods in North Indian plains has increased during the last couple of decades.

Reason(R): There has been reduction in the depth of river valleys due to deposition of silt.

Ans. A (Both A and B are true and R is the correct explanation of A)

Question: Assertion (A): Ganga plain is the most densely populated part of India.

Reason(R): Ganga is the most harnessed river of India.