Tropical Cyclones (TC) are intense low-pressure systems that develop over the seas or oceans in the tropical and subtropical regions. Tropical cyclones cause destruction in the coastal areas because of:

Note: The interior regions do benefit from the torrential rain associated with a tropical cyclone for agriculture and other applications of water.

The Indian sub-continent having a coast line of 7516 km is the worst affected region of the world. It is exposed to nearly 10% of the world’s Tropical Cyclones. 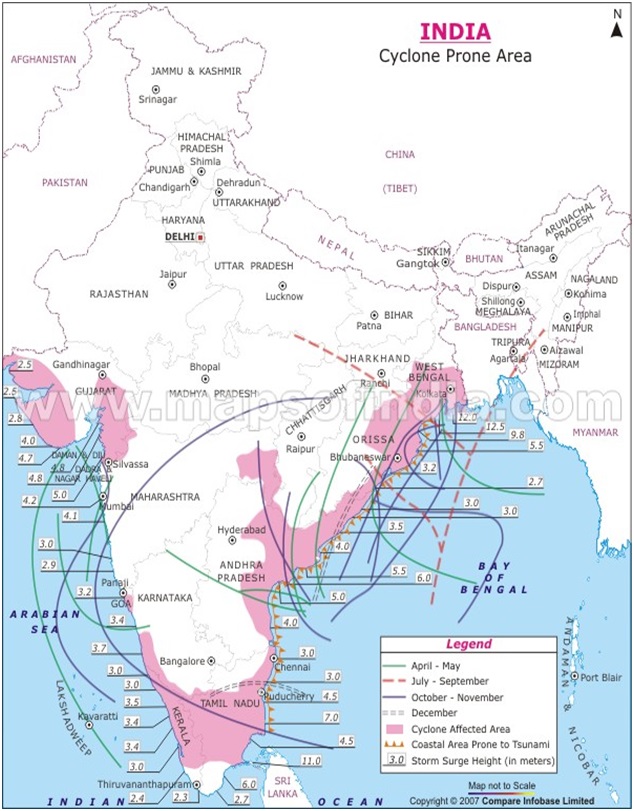