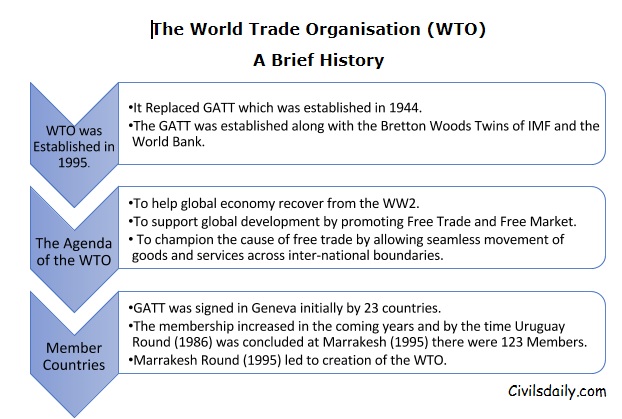 The Shortcomings of GATT 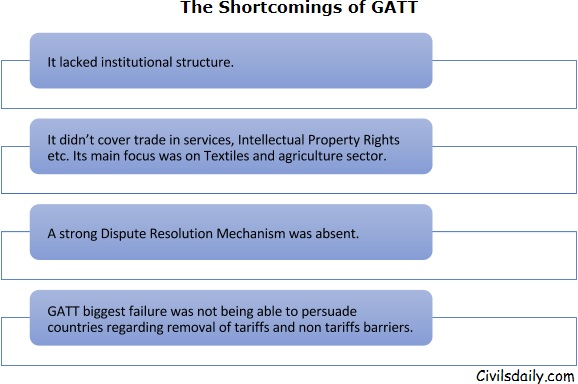 As a result of these shortcoming’s the WTO was established as an international organization that will oversee the operation of rule based multilateral trading system. The WTO is based on series of trade agreements negotiated during the Uruguay Round (1986-1994). The Marrakesh treaty established the WTO at the end of Uruguay round. 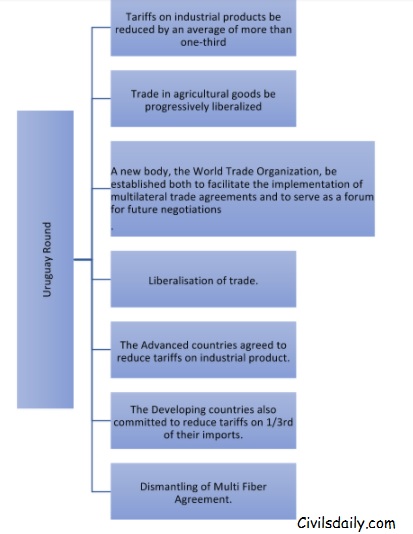 Guiding Principles of The WTO 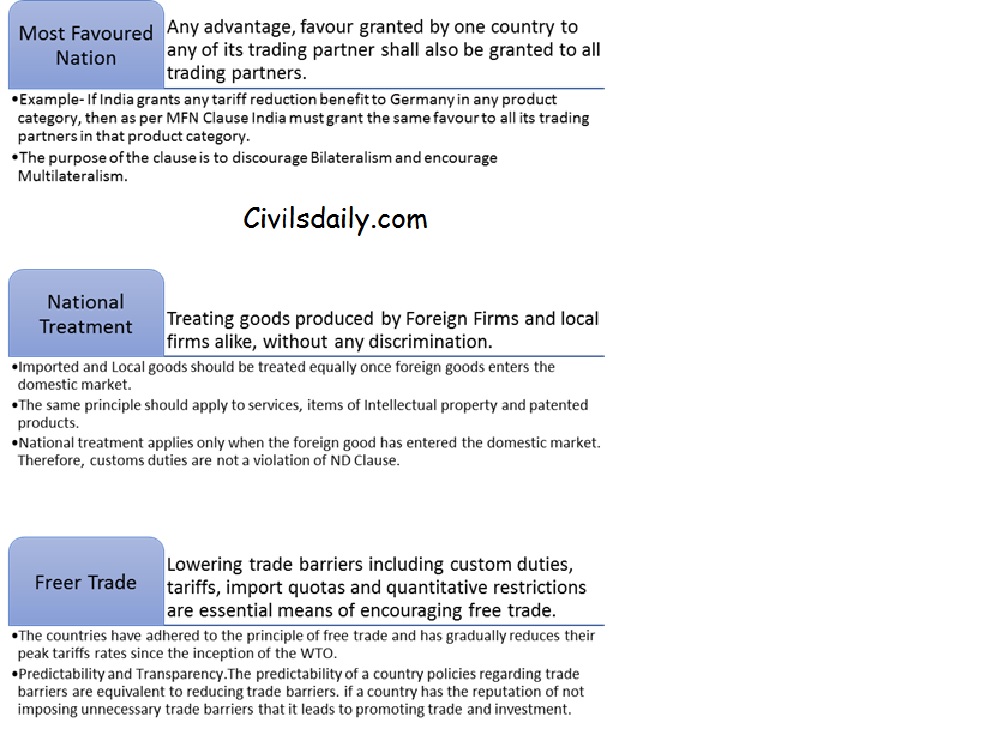 Major Agreement of the WTO 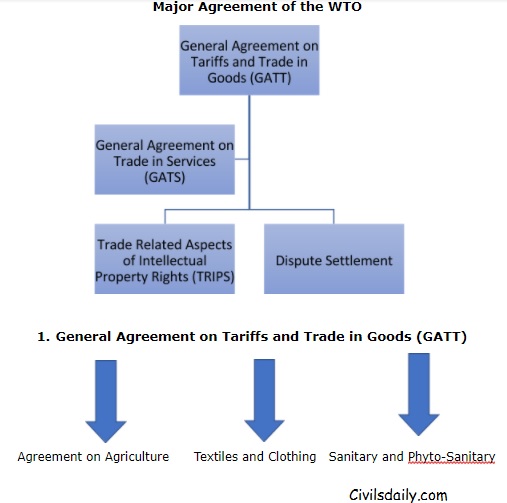 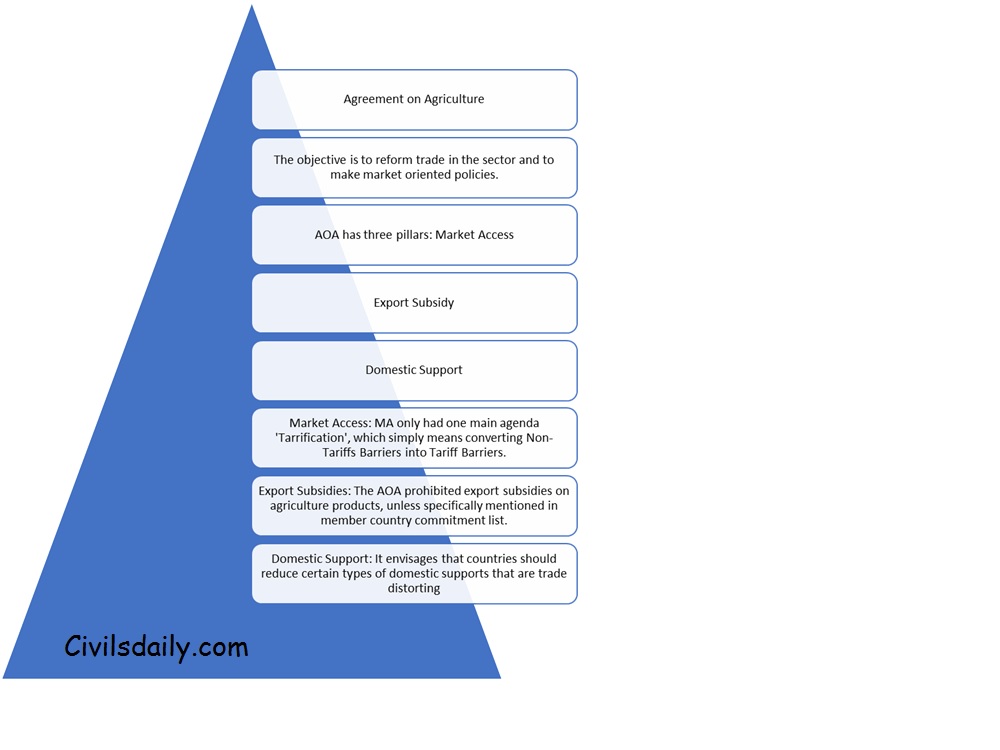 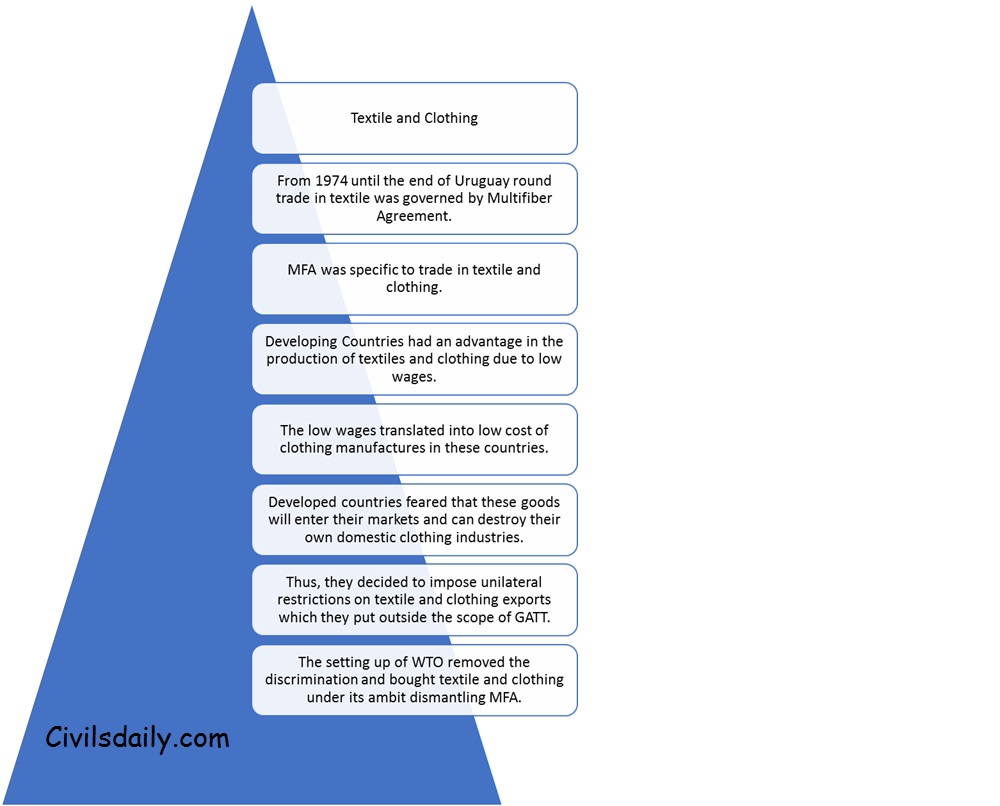 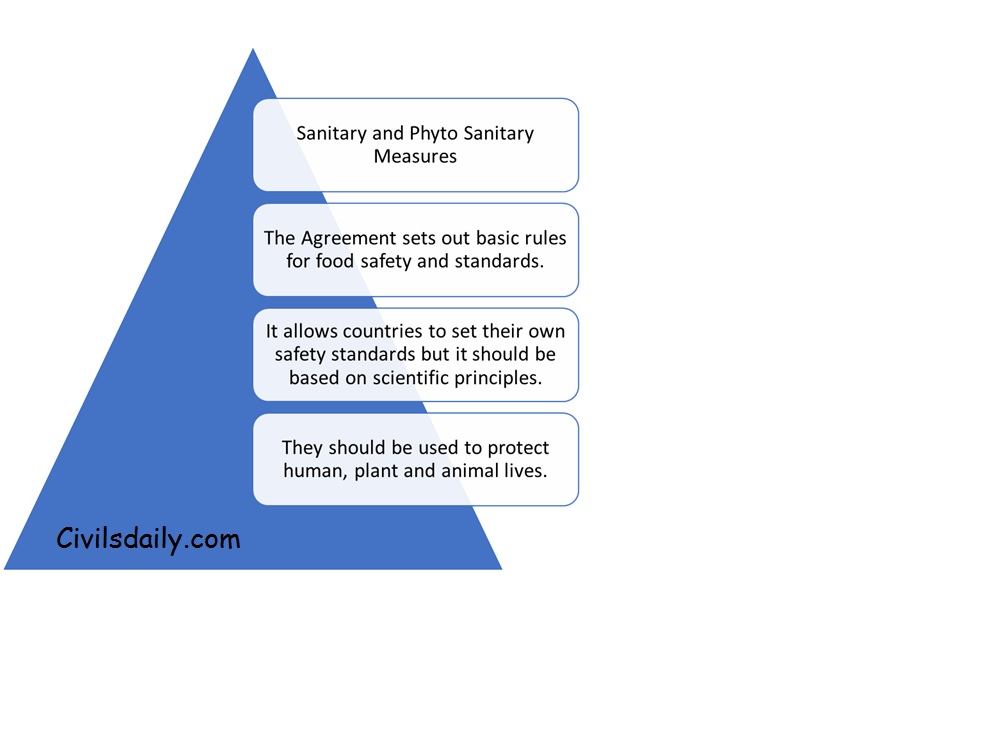 Domestic support was divided into three kinds of boxes, each representing a different kind of subsidies. 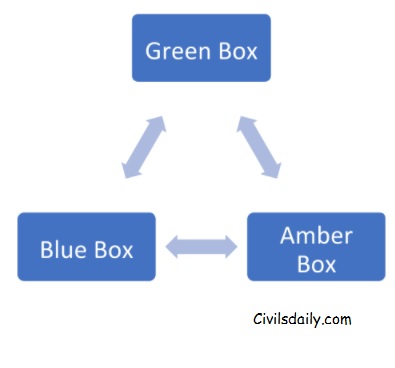 General Agreement on Trade in Services

India and the WTO

Indian was one of the 23 founding members of erstwhile GATT. India is also a leader of groups like G 33 and G 77 representing least developed countries. India in initial years due to its policies of import substitution and protecting infant industry was never very active in negotiations.

India at the WTO meetings

Source: Compiled from WTO website, Ministerial document and other sources.

India at the Bali Conference