Inflation is mainly caused either by demand Pull factors or Cost Push factors. Apart from demand and supply factors, Inflation sometimes is also caused by structural bottlenecks and policies of the government and the central banks. Therefore, the major causes of Inflation are:

Demand and Supply factors can be further sub divided into the following: 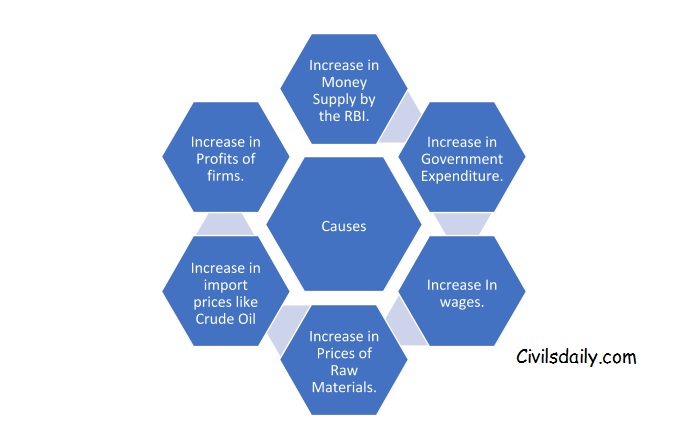 Inflationary Gap: the Inflationary gap is a situation which arises when Aggregate demand in an economy exceeds the Aggregate supply at the full employment level. 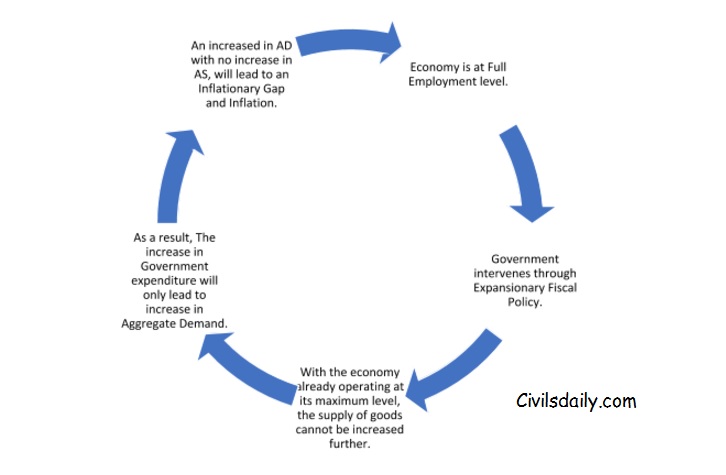 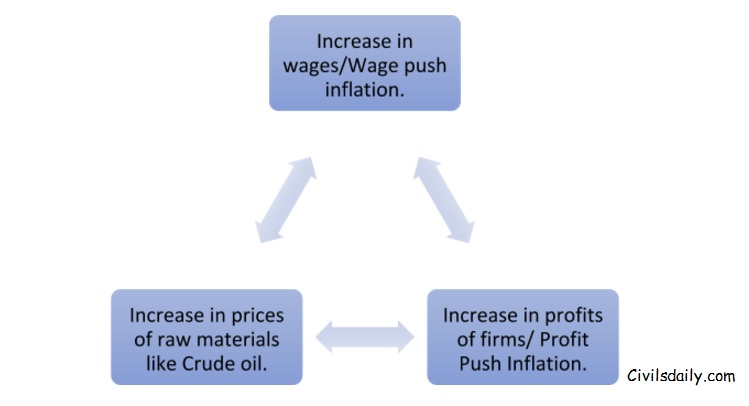 Suppose, Indian economy is operating at its maximum potential. Prices are stable, resources are fully utilised, everyone who is willing to work is getting the work (unemployment is at its minimum). In such a scenario people will form the expectation that the future of the economy is good and they planned their saving and investment decision accordingly.

However, one day the USA decides to attack Iran in order to dismantle their nuclear weapons. As a repercussion of the attack, the crude oil prices around the world start moving up. India who imports 90 percent of its oil imports suddenly find itself in trouble. The rise in crude oil price puts a break on booming Indian economy and cost of essential products start rising (crude oil is a key input for many industries and is a lifeline of transport economy). As a result of increase in cost of production, the manufacturers decide to increase the price of their product. Hence fuelling first round of cost push inflation (Raw material).

After a lag of sometime, the final consumer gets to know that the prices of the product have increased. The consumer expectations about the future movement of prices will change as he expects prices to rise further in future. To compensate himself against the future price rise, he starts demanding more wages from his/her employer. This will fuel the second round of cost push inflation (wage push). 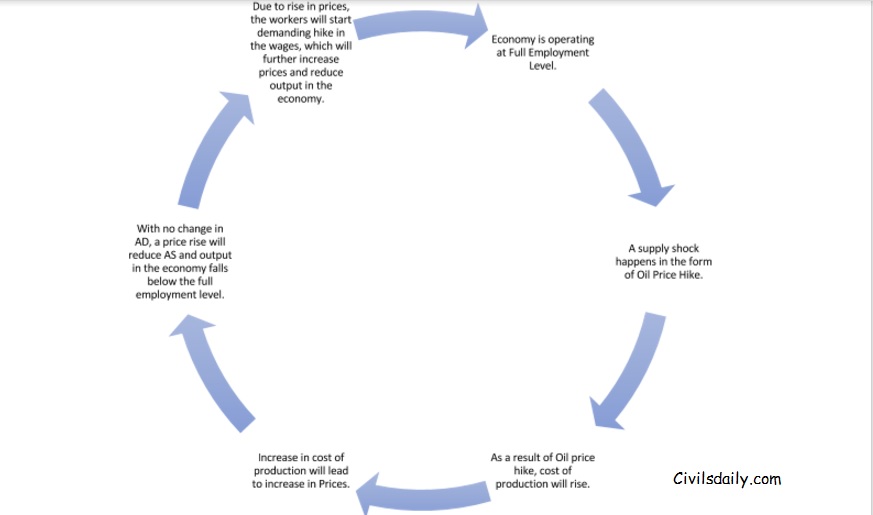 The effects of hyperinflation can be devastating for the economy. The situation can lead to total collapse of the value of the currency of the economy along with economic crisis and rising external debt and fall in purchasing power of money.

The major causes of the hyperinflation are; government issuing too much currency to finance its deficits; wars and political instabilities and unexpected increase in people’s anticipation of future inflation.

When people anticipate that future inflation will rise at a very fast pace, they start consuming more goods and services due to the fear that higher inflation in the future will destroy the purchasing power of money. As a result of this, the demand for goods and services rises and fuels further inflation. The cycle continues and results in a hyperinflation scenario. 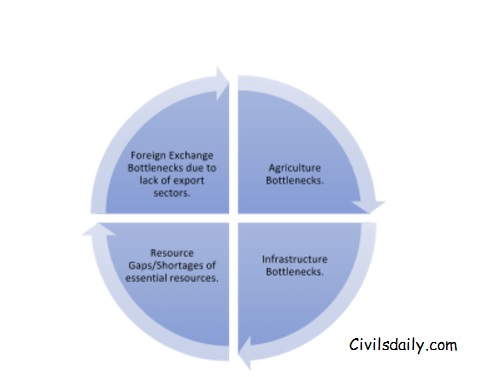 Deflation: Deflation is when the overall price level in the economy falls for a period of time.

Deflation is when, for instance, the price of a basket of goods has fallen from Rs 100 to Rs 80. It’s the reduction in overall prices of goods.

Reaganomics is a popular term used to refer to the economic policies of Ronald Reagan, the 40th U.S. president (1981–1989), which called for widespread tax cuts, decreased social spending, increased military spending and the deregulation of domestic markets. These economic policies were introduced in response to a prolonged period of economic stagflation that began under President Gerald Ford in 1976.

The inflation process in India is dominated to a great extent by supply shocks. The supply shocks (e.g., rainfall, oil price shocks, etc.) are temporary in nature and hence produce only temporary movements in relative prices. The headline CPI inflation in India tends to increase whenever there is a surge in food and fuel prices. Since monetary policy is a tool to manage aggregate demand pressures, the response of the policy to such temporary shocks is least warranted according to traditional wisdom.

How to Control Inflation

The mechanism through which the central banks controls inflation depends on interest rate. Interest Rate and Money supply moves in opposite directions. As money supply is increased the interest has the tendency to fall and vice versa.

But why does it happen?

Suppose at any given point in time, the economy is suffering from low growth. The central bank intervenes by using its monetary policy tools (Bank Rate, Repo Rate, Statutory Liquidity Rate). The result of such loose monetary policy is increase in money supply in the economy.

The increased money supply means at any given point in time, there will be excess money in the economy than what the people are willing to hold. What will happen to this excess money? People will not want the excess money to be kept idle in their wallets. So they will try to invest it in alternative financial instruments like Bonds.

As a result of this, the demand for financial assets (Bonds) will increase which will lead to increase in the price of the bonds. An established relation in financial economics is, as bond price rises, Interest will fall. 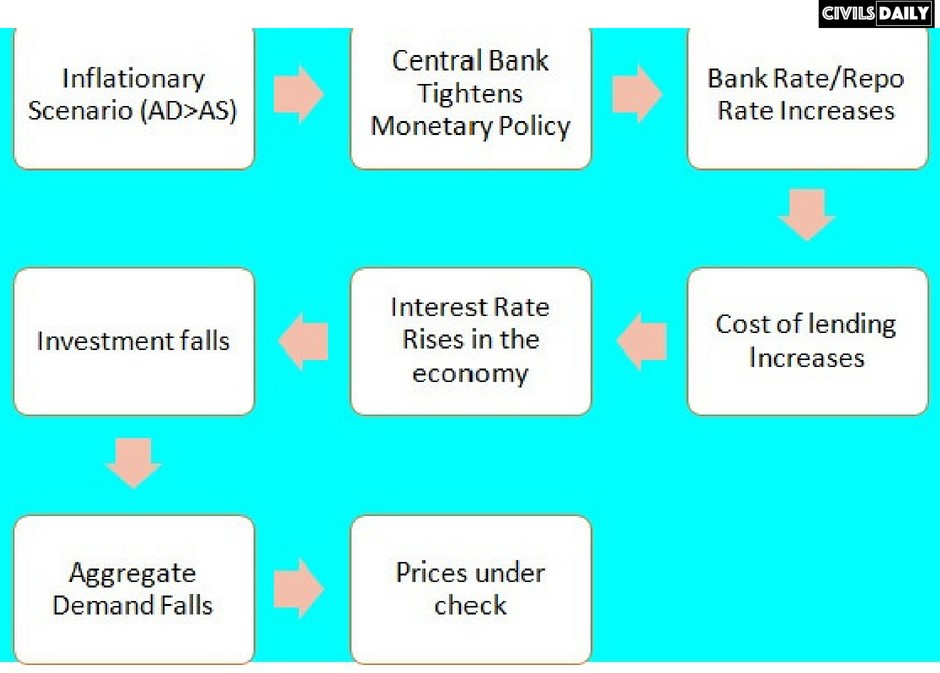 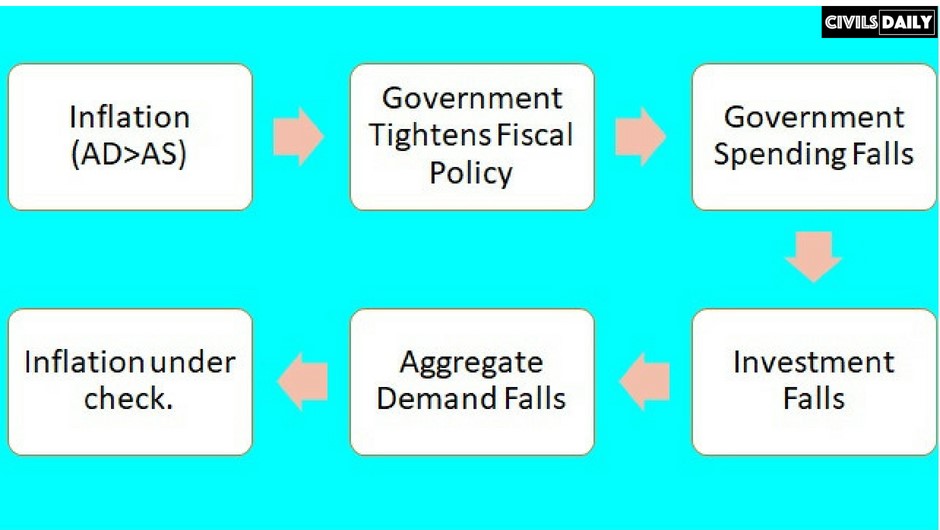 The Relationship Between Inflation and Interest Rate.

Back to Basics: Example, if you decide to deposit all your money (Rs 1 Lakh) in a Bank as Fixed Deposit, Banks will pay you Interest rate @ say 10%. The rate of interest that banks pay you is Nominal Interest Rate. Going by this logic, you will be expected to earn Rs 10,000 as interest on your Fixed deposit in a year. In the second year, you will be having Rs 1,10,000 in your bank account.

Let’s say, the inflation rate in the economy during the period is 20%. What will be the value of your deposit at 20% inflation rate?

The real value in terms of goods that can be purchased from Rs 1,10,000 is actually much less than what it used to be a year ago. The basket of goods that had cost Rs 10,0000 in the previous year is now costing Rs 1,20,000. But the bank has paid you only Rs 1,10,000 in return. The interest rate of the bank has failed to beat the inflation in the economy. Therefore, the real interest adjusted after inflation that the banks have paid you on your deposit is actually negative 10%.

after reading this i feel i have becme an economist .!!hahah.! 🙂 …. nicely explained with easy to understand examples … thanks

Thanks for the brilliant and didactic article.