India has tested the Anti-Satellite System(A-SAT) from Dr A P J Abdul Kalam Island, formerly known as Wheeler Island, an island off the coast of Odisha. 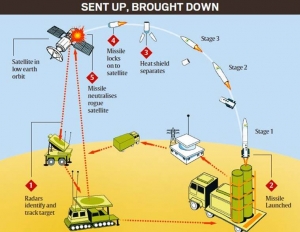 What are low earth orbit satellites?

The Significance of the test

1. A message to the world

3.Concerns with the timing of test and elections

4.The problem of space debris