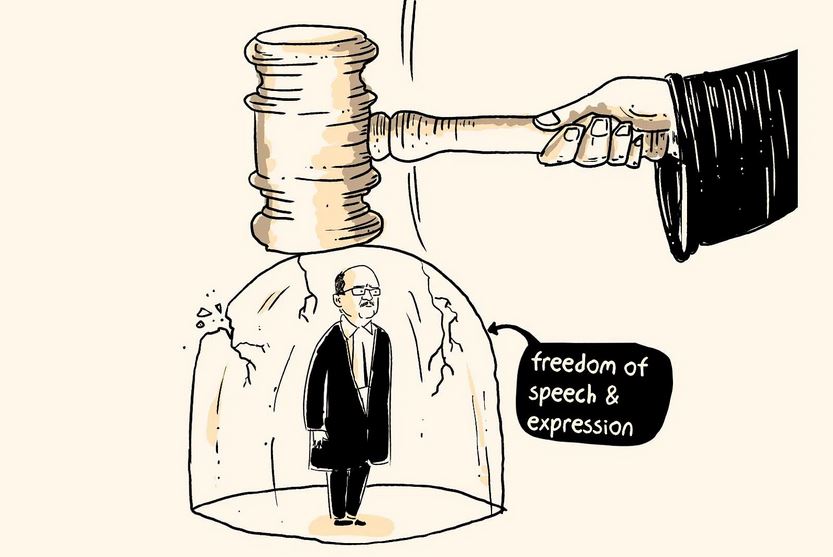 Power of judiciary lies neither in deciding cases, nor in imposing sentences, nor in giving punishment for its contempt, but in the trust, confidence and faith of the general public. Criticism is important for it helps to give us a new perspective and opens our eyes to things we may have overlooked or never considered.

But where do we draw the line between Contempt and criticism? Contempt of court is back in the news. This follows the initiation and conviction of contempt proceedings against a veteran advocate-activist by the Supreme Court of India, on its own motion.

What is Contempt of Court?

Entry into our legal books

What are the types of Contempt?

In India contempt of court is of two types under the Contempt of Courts Act of 1971:

WAIT, What accounts for the scandalizing of the Judiciary?

What is not contempt of court?

Since we are done with what is not contempt, let us look at what constitutes contempt.

Necessary ingredients for Contempt of Court in India

1) Interference with Administration of Justice

3) Interference with due course of Justice

Issues with the Contempt

Contempt is not just associated with judiciary, we have heard or read about journalist or cartoonist arrested for contempt of parliament. Now in general, Use of contempt power has the following issues:

2) Ambiguity of the concept

Need for the Contempt provisions: Arguments in favour 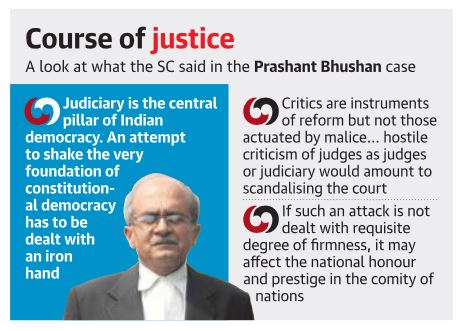 5) Fair criticism is not contempt

“Let me say at once that we will never use this jurisdiction as a means to uphold our own dignity. That must rest on surer foundations. Nor will we use it to suppress those who speak against us. We do not fear criticism, nor do we resent it. For there is something far more important at stake. It is no less than freedom of speech itself.”

In an era in which social media are full of critics, commentators and observers who deem it necessary to air their views in many unrestrained and uninhibited ways, the higher judiciary should not really be spending its time and energy invoking its power to punish for contempt of itself.

Office of the Attorney General and its role in contempt cases