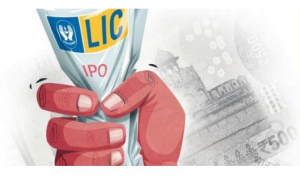 Beginning of life insurance in India

LIC is India’s largest financial institution, and if LIC shares are listed on stock exchanges, it could easily emerge as the country’s top listed company in terms of market valuation, overtaking current leaders Reliance and TCS.

LIC: A milch cow for government

How will the IPO go?

Let’s have a look:

2) Peers will be under pressure to improve pricing and features