Why did India get membership of Wassenaar Arrangement? 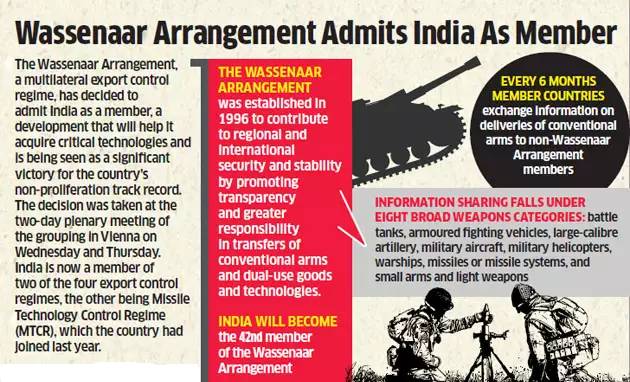