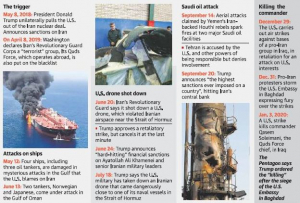 What did the Quds Force do?

Why he was killed?

According to the US, the Quds Force was involved in:

Implications of the killing

Can it be war?