Key provisions of the original bill 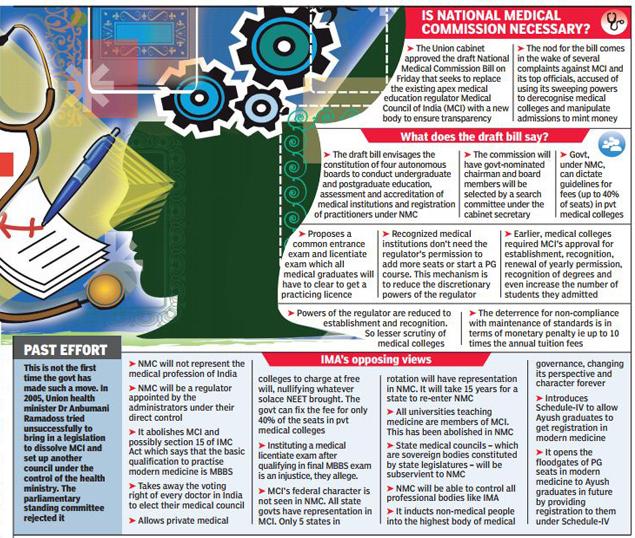 In April 2018, Centre amended the National Medical Commission (NMC) Bill, which will now be tabled in Parliament.

Key features of the amended bill

The significance of the bill

NMC to be less draconian:

Uniform quality of doctor throughout the country:

Will expand the health workforce

Issues/challenges with the bill

3. No full-proof protection against Corruption:

4. No requirement for renewal:

5. No provision of an appellate body:

IMA has called the proposal of centrally-administered common exam anti-federal. It has asserted that the bill marginalises state governments, state medical councils and state health universities.