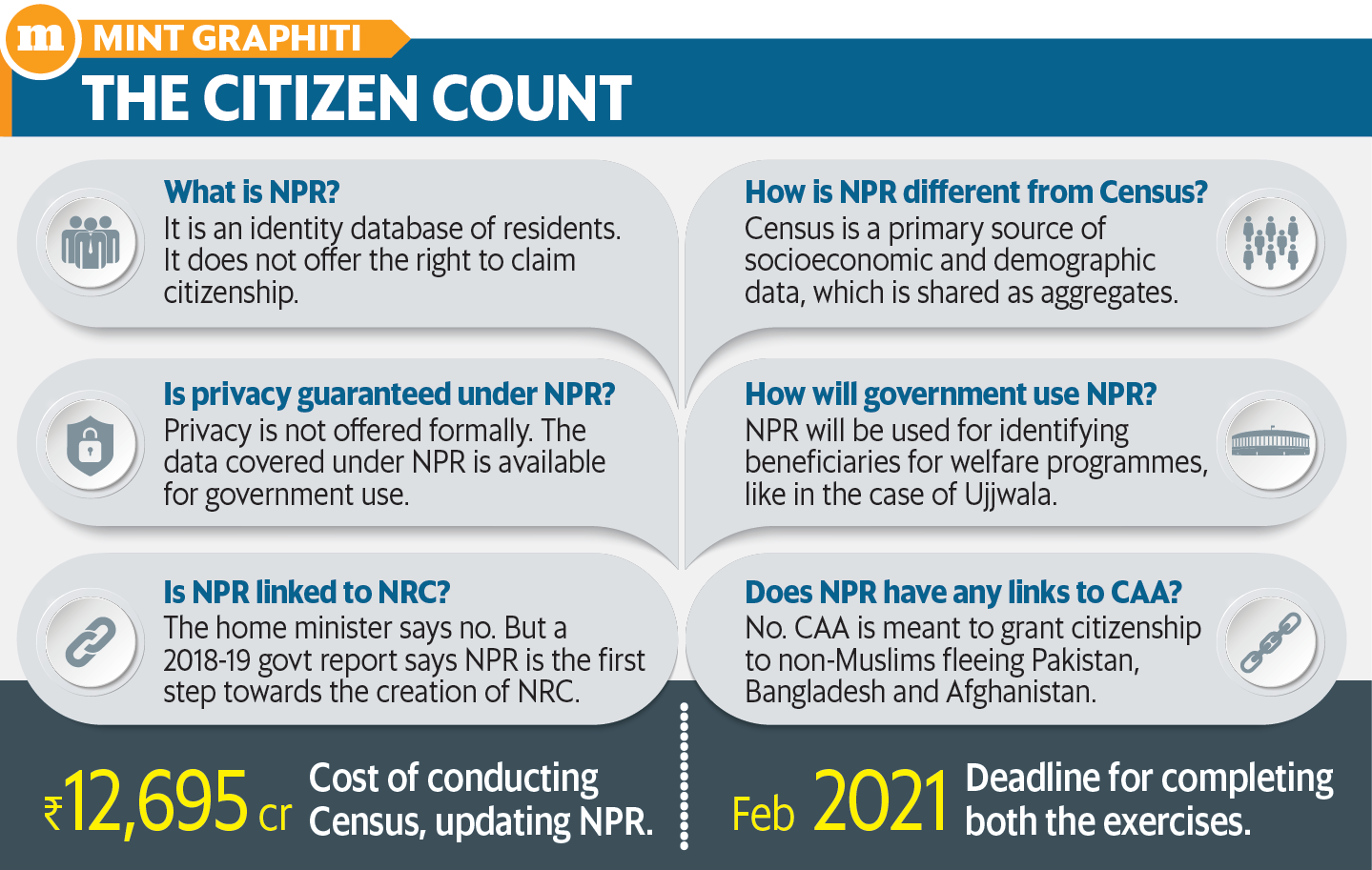 What is the National Population Register (NPR)? Who is the usual resident?

The Census of India

What is the whole issue?

Issues with the states

The link between NPR and NRC

What de-links NPR and NRC?

Where Aadhaar does comes to the picture?