Nitrogen: The “new carbon” for India

India is curious about it

How Nitrogen turned into pollutant from nutrient how it is affecting health and environment?

According to the World Health Organization, nitrate-contaminated drinking water can cause reduced blood function, cancer and endemic goiters. Surplus inputs of nitrogen compounds have been found to cause soil acidification. The lowering pH, as a result of the acidification, can lead to nutrient disorders and increased toxicity in plants. It may also affect natural soil decomposition.

Nitrogen pollution has a significant impact on the environment: 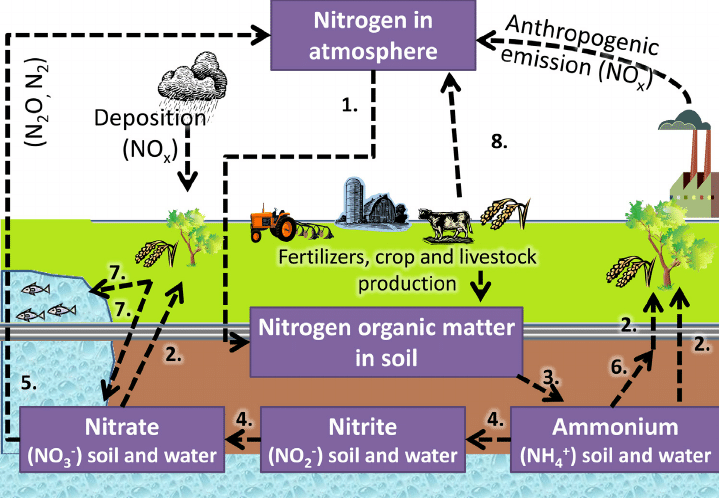 What are the challenges ahead?

What is the way forward?

Developed regions such as the US and Europe have published detailed reports regarding nitrogen usage and pollution. However, India is nowhere near aggregating something similar to its own. Thus the Nitrogen pollution is the problem of improper management rather than inability. The costs of abating nitrogen pollution would be much lesser than the benefits to health and the environment.