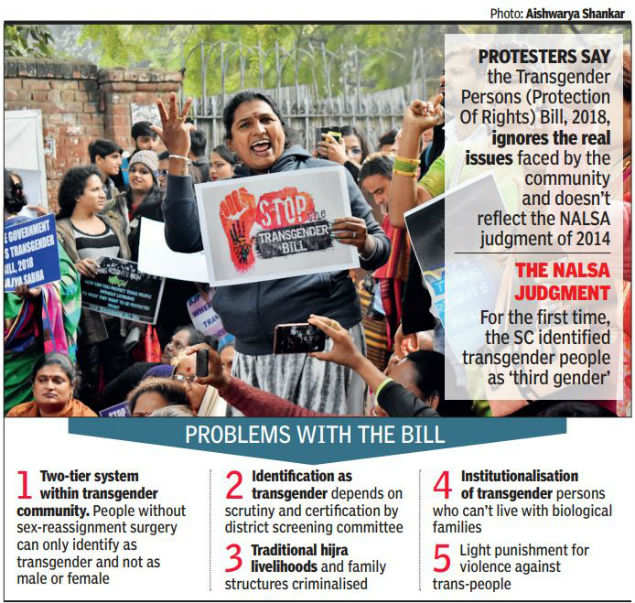 The Parliament has passed the Transgender Persons (Protection of Rights) Bill, 2019, with the Rajya Sabha approving it by a voice vote. The Lok Sabha had already passed the bill in December 2018.

Why need such a bill? 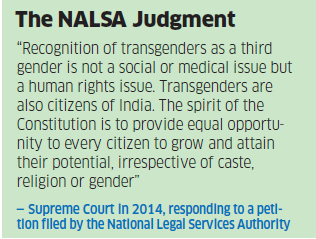 Social Exclusion Framework is increasingly used in highlighting the issues and problems faced by disadvantaged and disenfranchised groups.

The Bill imposes penalties for the offences against transgender persons like bonded labour, denial of use of public places, removal from household & village and physical, sexual, verbal, emotional or economic abuse. 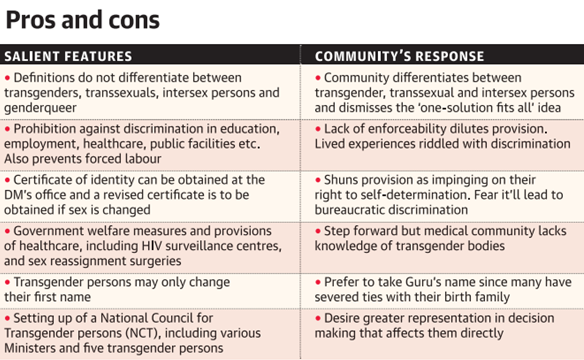 Positive Impact of the Bill:

What were the objections to the Bill?

The Bill must recognise that gender identity must go beyond biological; gender identity is an individual’s deep and personal experience. It need not correspond to the sex assigned at birth. It includes the personal sense of the body and other expressions such as one’s own personal inducing proceeds.